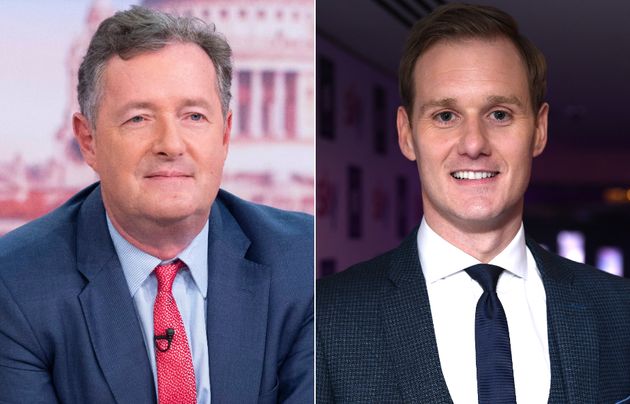 Throughout the five-year stint that Piers presented Good Morning Britain, the two presenters were embroiled in a friendly(-ish) public feud that mostly revolved around their respective viewing figures.

Following Piers’ much-publicised exit from GMB earlier in the year, Dan addressed their rivalry in an interview with The Times.

“Piers and I have had a friendly rivalry, but it has been good for BBC Breakfast and GMB,” he said. “He likes to throw a few insults around, but underneath all the froth I think there is a decent bloke fighting to get out.”

“Ironically, I’ve always thought that underneath all Dan’s faux saintly froth, there’s a nasty piece of work fighting to get out,” he wrote.

He also claimed that the fact GMB overtook BBC Breakfast for the first (and, so far, only) time in the ratings on what would turn out to be his final day was the “one thing guaranteed [to have Dan] stamping on kittens”.

More names will be announced over the coming days.