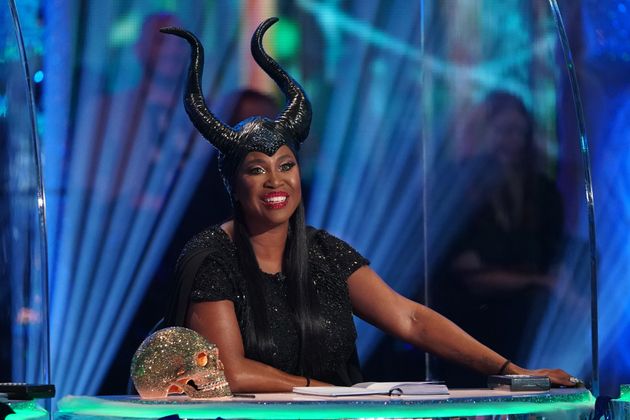 Motsi Mabuse has shut down fan theories that Strictly Come Dancing is fixed.

During last weekend’s Halloween results show, some viewers picked up on the judge saying “the decision was made for me” following the dance-off between Judi Love and Adam Peaty.

Cue some viewers crying “fix”, which the professional dancer and judge quickly shut down after retweeting one viewer’s tweet, which said she would “come to regret” her choice of words “when she realises that some people will probably take that literally”.

Motsi responded: “100%! What was so obvious to me, because the mistakes where (sic) so clear !! In times of some crazy conspiracy theories…”

💯!! What was So obvious to me , because the mistakes where so clear !! In times of some crazy conspiracy theories …….. lol https://t.co/vVNdVU0E42

This weekend’s show saw EastEnders star Rose Ayling-Ellis and her dance partner Giovanni Pernice make Strictly history after they scored a perfect 40 in week six – the earliest the top mark has ever been achieved on the BBC dance show.

The couple performed a tango to Ed Sheeran’s latest hit Shivers for the show’s Halloween special, which secured them the highest mark of the series so far.

The result all proved a bit much for an emotional Giovanni ― dubbed the “king of Halloween” on the show as he has topped the leaderboard of the spooky themed episode every year since he joined Strictly in 2015.