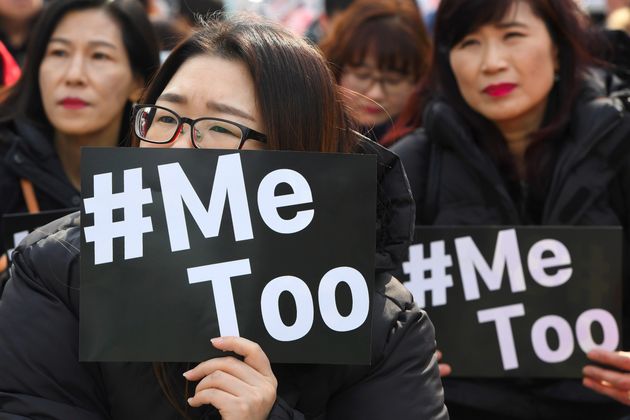 South Korean demonstrators hold banners during a rally to mark International Women’s Day as part of the country’s #MeToo movement in Seoul on March 8, 2018

Semen terrorism is on the cusp of becoming a punishable crime in South Korea – but what exactly is it and why does it matter?

What is ‘semen terrorism’?

There have been a series of court cases in South Korea where men who have ejaculated onto women’s possessions end up being punished for “property damage”.

Politicians are now trying to make the disgusting act, which includes secretly delivering semen or smearing it onto someone else, a punishable sex crime in South Korea after it was clear the court cases had angered the public.

Why is it particularly an issue in South Korea?

South Korea has been heavily criticised for such court rulings and the societal attitudes towards sex crimes.

For an act to be recognised as a sex crime in South Korea, the law claims there must be physical violence or intimidation – online and digital sex crimes are also punishable.

But the global #MeToo movement has emphasised how there are other sex crimes not currently covered by the law, according to The Guardian. 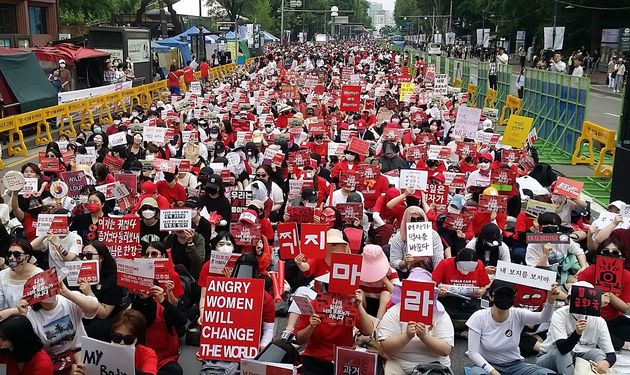 How common is semen terrorism in South Korea?

There have been several serious incidents relating to semen terrorism in recent years.

In May 2021, a male civil servant was fined three million won (£1,861) on charges of ’property damage” after he left semen inside a colleague’s coffee tumbler six times in six months.

The judge claimed his actions ruined the tumbler.

In 2019, there were another two particularly prominent incidents of semen terrorism.

One man soaked a woman’s shoes with semen, and was awarded a 500,000 won (£308) fine – police maintained that there was no legal guidance for it to fall into the category of sex crimes.

Another was sentenced to three years behind bars after spiking a woman’s coffees with laxatives and aphrodisiacs repeatedly – but this sentencing was based on “attempted injury”, even though he adding his semen and phlegm to the mix on 54 occasions.

It’s not just a problem in South Korea either.

A female student at Delhi University claimed on her Instagram page that men had filled balloons with semen and dropped them on women during Holi festival in 2018, according to The Times of India.

Park Soo-yeon, founder of the activist group Digital Sex Crime Out, told the BBC that these crimes could start trends which spread around the world through the internet.

She said: “Digital sex crimes are not just a problem in Korea.

“There have been cases [of molka] in Sweden and in the United States.

“But South Korea is so advanced technologically, with the fastest and most accessible internet in the world.

“That means these online crimes against women have become a big issue here first. It will not be long before this becomes a big problem in other countries. So we need to work together to solve the issue internationally.”

In 2019 alone, 5,437 people were arrested for the crime, but only two percent were convicted, according to the BBC.

Lawmakers now want to make a stand against ‘indecent acts’

A lawmaker of the ruling Democratic party in South Korea, Baek Hye-ryun, told The Guardian she is trying to expand the scope of punishable sex crimes to include non-physical contact, so the crimes are “interpreted from the victim’s point of view”.

Another parliamentarian attempted to get a new bill discussed by the national assembly last year to include “indecent acts”, but it is still pending any further investigation.

Reportedly, “semen terrorism” is starting to be recognised among some judges as acts of molestation without physical contact – but the majority of these defendants end up with suspended sentences according to Women’s News.

Secretary general of the civic group Korean Womenlink Choi Won-jin told The Guardian: “Every sex crime is a crime. This isn’t a random act of violence in the street, it’s targeting a specific gender.”