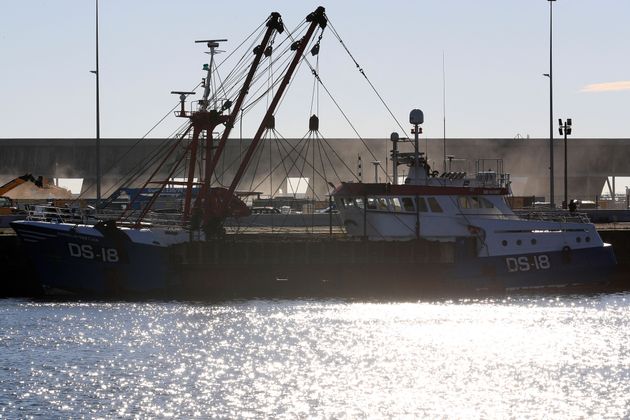 It came after a UK boat was detained in a French port – against claims it was fishing without a licence – and threats of further action by Emmanuel Macron’s Paris government.

Why was the British trawler detained?

The scallop vessel Cornelis was ordered to divert to the port of Le Havre on Thursday after the French authorities said it was fishing in French waters without a licence.

The French said that another British trawler had been fined for obstruction after refusing to allow police to board to carry out checks.

The owner of the Cornelis, Macduff Shellfish, said the vessel had been fishing legally in French waters and called on the British government to protect the rights of British fishermen.

What is the wider context of the fishing dispute?

Fishing has been a major point of contention between the UK and the EU during and after Brexit negotiations, with the two sides struggling to agree on future rights in European waters.

Previous tensions with France over fishing rights prompted Royal Navy ships to be scrambled to Jersey amid concerns of a blockade of the island.

Most recently, the UK and Jersey turned down applications from dozens of French boats to fish in their waters in what Paris said was a breach of Britain’s post-Brexit trade deal with the EU.

France said it would seek support from Brussels for potential “retaliatory measures” and has also threatened to cut the UK off from energy supplies.

How did Brexit spark the fishing feud?

When the UK left the EU, it also left the common fisheries policy, which since 1970 has allowed members access to European waters outside the first 12 nautical miles of each country’s coastline.

The Brexit deal outlined how EU boats could continue to fish in UK waters, but British fishermen would get a greater share of fish from domestic waters.

Most of the share is being transferred to the UK this year, and there will be annual negotiations to decide how the catch is shared out going forwards.

What have the French said?

French ministers have warned they will block British boats from some French ports and tighten checks on vessels travelling between France and the UK if the issue is not resolved by Tuesday.

“And so, from November 2, it’s over. We will engage in dialogue if the British want to, but we are taking retaliatory measures.”

How has the UK government responded?

Earlier on Thursday, environment secretary George Eustice said the French threats appeared to breach international law and warned the UK would respond in an “appropriate and calibrated” manner if they were carried out.

In an emergency Commons statement, Eustice said the vessel had been granted a licence by the EU but there were reports that it subsequently had been removed from the list of vessels permitted to fish in French waters for reasons that were unclear.

Downing Street said it was continuing to seek talks with the French government and the European Commission to resolve the dispute over fishing licences.

Mr Eustice said the UK has licensed 98% of EU vessels that have applied for access post-Brexit and more are expected to be granted following “constructive” talks with the European Commission.

I have instructed Europe Minister Wendy Morton to summon the French Ambassador to the UK for talks tomorrow to explain the disappointing and disproportionate threats made against the UK and Channel Islands.

But in a sign of growing concern in Westminster, Brexit minister Lord Frost chaired a meeting to consider the government’s response.

“The proposed French actions are unjustified and do not appear to be compatible on the EU’s part with the Trade and Cooperation Agreement (TCA) or wider international law,” a UK government spokesman said.

“We regret the confrontational language that has been consistently used by the French government on this issue, which makes this situation no easier to resolve.

“We have raised our concerns strongly with both the French and the EU Commission. As a next step, the foreign secretary has instructed minister (Wendy) Morton to summon the French Ambassador.”