Chelsea and Newcastle United are among the Premier League clubs who have been alerted to the possibility of signing Belgium forward Eden Hazard, 30, from Real Madrid in January. (ESPN)

Manchester United would have to pay manager Ole Gunnar Solskjaer £7.5m if they decide to sack the Norwegian. (Sun)

United are losing interest in appointing former Inter Milan manager Antonio Conte as Solskjaer’s replacement because of how much the Italian would cost. (Star)

West Ham are understood to be in talks with Czech billionaire Daniel Kretinsky over the potential sale of a 27% stake in the club, with a view to a possible full takeover in the future. (Sky Sports)

Manchester City made an approach to sign Belgium striker Romelu Lukaku from Inter Milan last year prior to the 28-year-old’s move to Premier League rivals Chelsea in August, the player’s agent says. (Telegraph)

The Gunners are also monitoring the situation of Borussia Monchengladbach’s 24-year-old Swiss midfielder Denis Zakaria, who could be available on a free transfer next year. (Sun)

Blues boss Thomas Tuchel has asked Chelsea’s hierarchy to sign another forward in January to ease the pressure on Lukaku. (Transfer Window Podcast via Express)

Southampton and England midfielder James Ward-Prowse is a target for Newcastle United in the January transfer window, despite the 26-year-old signing a new deal with the Saints in the summer. (Football Insider) 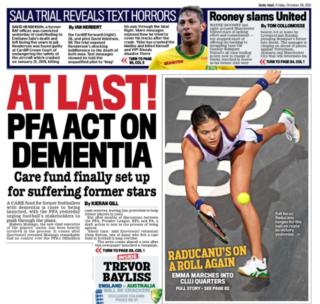