Paris St-Germain will offer Manchester United’s 28-year-old France midfielder Paul Pogba a deal worth £510,000 per week as they try to secure the World Cup winner on a free transfer next summer. (Independent)

Manchester City are determined to push ahead with efforts to sign England striker Harry Kane from Tottenham, despite Spurs repeatedly saying they are not willing to sell the 28-year-old. (ESPN)

Meanwhile, Tottenham players are set to support Kane as he continues to look for a way out of the club. (Mirror)

Chelsea are eyeing up a move for Borussia Dortmund’s Jude Bellingham, 18, as an alternative to his England team-mate Declan Rice, 22. (Eurosport, via Sun)

Liverpool’s England midfielder Jordan Henderson, 31, has reached an agreement in principal to sign a new long-term contract with the club. (The Athletic – subscription required)

Barcelona president Joan Laporta says his predecessors’ failure to properly reinvest the £200m received from Brazil forward Neymar’s 2017 switch to PSG has contributed to the financial crisis at the club. (Times)

Manchester United have been alerted to the suggestion both Juventus and Cristiano Ronaldo, 36, are said to be working on an exit plan for the Portugal forward. (La Repubblica – in Italian)

Real Madrid playmaker Martin Odegaard, 22, could be one step closer to a return to Arsenal, after the Norway player’s agents flew to London to discuss a season-long loan deal. (Mirror)

Arsenal could be willing to offload Pierre-Emerick Aubameyang as the 31-year-old Gabon striker does not see eye to eye with Gunners boss Mikel Arteta. (talkSPORT)

Arsenal midfielder Granit Xhaka, who was the subject of a bid from Roma earlier in the summer, has signed a new contract with Gunners. (Guardian)

Chelsea are in talks with Lyon over the transfer of their Italy left-back Emerson Palmieri, 27, as Blues boss Thomas Tuchel looks to cut numbers in his squad. (Guardian)

The Gunners are contemplating a swap deal with Barcelona that would see Bellerin return to the club where he began his career and 22-year-old Brazil defender Emerson Royal move to north London. (Star)

Juventus are set to agree a 35m euros fee with Sassuolo for Italy midfielder Manuel Locatelli, 23, leaving Arsenal out of the race for his signature. (Fabrizio Romano)

Chelsea are stepping up their efforts to offload former England pair Ross Barkley and Danny Drinkwater as well as France midfielder Tiemoue Bakayoko, who cost a combined £90m, this summer. (The Athletic, subscription required)

Bolton Wanderers are not in the race to sign Republic of Ireland winger James McClean, after they and Wigan Athletic were linked with the 32-year-old, who has been told he can leave Stoke City. (Bolton News) 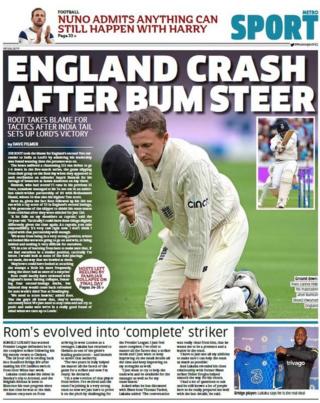