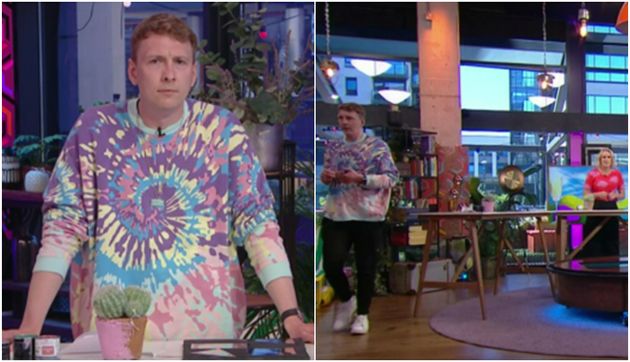 Alongside a photo of himself posing happily with a bottle of Yop!, Joe tweeted: “You may remember a few weeks ago I walked off Channel 4 daytime show Steph’s Packed Lunch to get people talking about white and coloured PET plastic, which is much harder to recycle than clear PET plastic.

“Specifically, I wanted yoghurt drink Yop! to change their bottle from white PET plastic to clear PET plastic. Over the following 48 hours, my stunt made all the tabloids, was one of the most read stories on BBC News and trended on Twitter.

“Well, I am beyond delighted to announce that following my stunt, Yop! have now committed to changing their bottle to clear PET plastic in 2022 and are aiming for it to be made with recycle plastic. The world – or at least the world of chilled yoghurt drinks – has been changed for the better.”

“Thank you to Steph McGovern and her team, all of my team and to Yop! owners General Mills for doing the right thing,” he added.

As well as his career as a stand-up, Joe hosts the Channel 4 consumer series called Joe Lycett’s Got Your Back.

In his statement, he teased that this week’s edition of the show will feature details on “how it all went down” and “backstage drama”, as well as a special “Yop! megamix” performed by Drag Race favourite Tia Kofi.

In recent times, Joe has become known for his stunts on Joe Lycett’s Got Your Back, famously changing his name by deed poll to Hugo Boss to help prove a point.