Pjanic is being linked with a move to Tottenham, who are set to beat long-time admirers Manchester United to his signature. (Express)

Tottenham and Barcelona are interested in Napoli captain Lorenzo Insigne, who has starred for Italy at Euro 2020, with the 30-year-old yet to sign an extension to his contract that runs until 2022. (Corriere dello Sport – in Italian)

Barcelona will now accept less for Brazil midfielder Philippe Coutinho than they paid Liverpool in add-ons when the 29-year-old joined the La Liga side as his value continues to drop. (Mirror)

Cristiano Ronaldo’s agent Jorge Mendes is working on extending his contract at Juventus by one year which would tie the 36-year-old Portugal forward down to the Serie A side until 2023. (Gazzetta dello Sport – in Italian)

Brighton goalkeeper Mat Ryan, who spent last season on loan at Arsenal, is close to signing for Real Sociedad after an undisclosed fee was agreed for the 29-year-old Australian. (Sky Sports)

Former Newcastle defender Steve Howey says the club must sign English midfielder Joe Willock, 21, this summer or risk being priced out of a potential move for the Arsenal player further down the line. (Chronicle)

Sevilla and France defender Jules Kounde is an alternative for Manchester United should the Premier League side fail to land the 22-year-old’s compatriot Raphael Varane, 28, from Real Madrid. (AS – in Spanish) 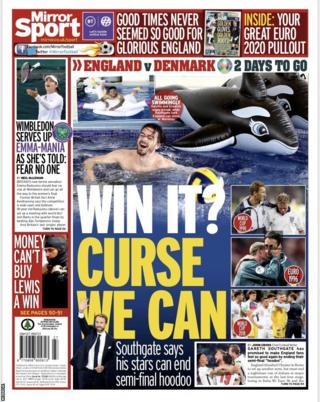