If you’ve been feeling like there’s much less Olympics coverage on the BBC than previous years, you are not alone – many others have been voicing their disappointment at the broadcaster’s scaled-down coverage of Tokyo 2020 on social media.

However, there’s actually an explanation as to why the BBC hasn’t been able to cover the games as extensively as they have in the past, and it’s all to do with rights rather than editorial decisions.

You might not have realised but a £920m deal struck between Olympic bosses and Discovery back in 2016 meant that the BBC lost its exclusive rights to air future games. 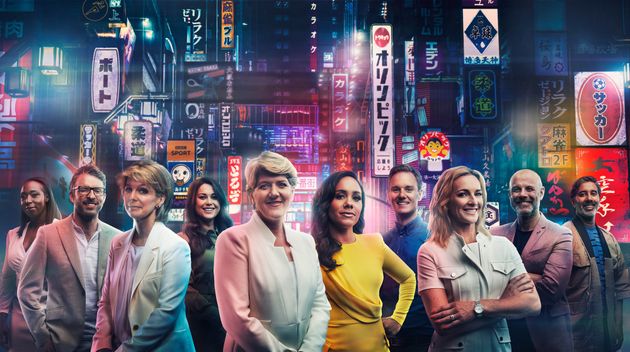 The American TV giant now has the European television rights to show 445 hours of live action from Tokyo on their Eurosport subscription channels and streaming service Discovery+.

As part of the deal, Discovery was required to make some of the coverage available on a free-to-air channel, with the BBC sub-licensing the rights from them here in the UK.

In previous years – such as for the 2012 London Games and the 2016 Rio event – sports fans had been able to enjoy comprehensive coverage for free on the BBC, with various livestreams of different events.

Explaining the changes, a BBC spokesperson said: “The BBC is no longer able to offer livestreams of every sport during the Olympics due to the terms of the licensing arrangements laid down by the rights holder, Discovery.”

BBC Olympics presenter Dan Walker also responded to some viewer complaints on Twitter, writing: “I know we’ve got used to being able to see every sport – on various streams – at the Olympics but, this time, the BBC is only allowed to show two sports at the same time. It is an issue about TV rights and not an editorial choice.”

Thanks for watching this morning.

I know we’ve got used to being able to see every sport – on various streams – at the #Olympics but, this time, the BBC is only allowed to show 2 sports at the same time.

It is an issue about TV rights & not an editorial choice.

So how can I watch more Olympics coverage?

If the BBC’s coverage is leaving you wanting more, you can subscribe to Discovery’s streaming service Discovery+, but it’s going to cost you.

It is available for £6.99 a month, although there is also a free three-day trial available, but only if you sign up to their yearly subscription, which is priced at £29.99 per year.

You can also watch Olympic coverage on Eurosport, which is available as part of the Sky News & Events Pack and the Virgin Media ‘L’ package.

BT TV customers with either the Big Sport or VIP package will be able to watch Eurosport.

Those with Amazon Prime are also able to add on a £6.99 per month subscription for Eurosport to their membership.