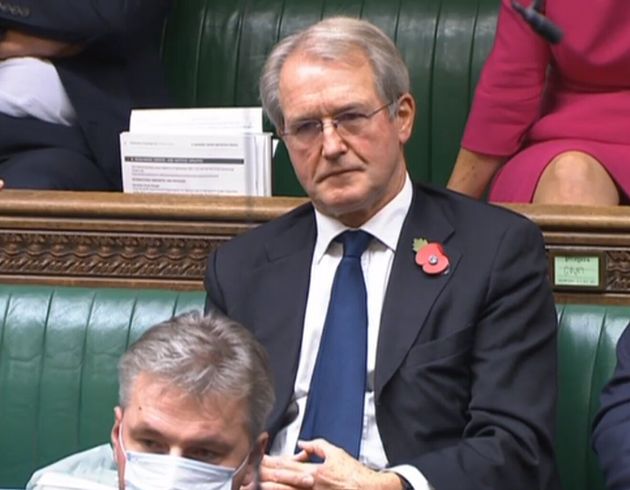 Owen Paterson has decided to resign from parliament, after the government abandoned a plan to prevent him from being suspended.

In a statement on Thursday afternoon, the MP for North Shropshire and former cabinet minister said he would “remain a public servant but outside the cruel world of politics”.

A Westminster sleaze watchdog had recommended Paterson be kicked out of parliament for 30 days for breaking lobbying rules.

It should have been a formality, but the government instead ordered Tory MPs to block the suspension as well as rip up the existing procedures governing the conduct of MPs.

The move triggered an immediate backlash, with opposition parties refusing to take part in what they said was a “corrupt” move.

On Thursday morning the prime minister performed a quick u-turn and ditched the controversial plan.

It meant Paterson was facing another vote in parliament over whether he should be suspended.

Rather than face a six-week ban, Paterson said he would resign as an MP, triggering a by-election.

He said in a statement: “I have today, after consultation with my family and with much sadness, decided to resign as the MP for North Shropshire.

“The last two years have been an indescribable nightmare for my family and me.

“My integrity, which I hold very dear, has been repeatedly and publicly questioned.

“I maintain that I am totally innocent of what I have been accused of and I acted at all times in the interests of public health and safety.

“I, my family and those closest to me know the same. I am unable to clear my name under the current system.”

Boris Johnson said he was “very sad” that Paterson, who he said has been a “friend and colleague of mine for decades”, will leave the Commons, claiming he had acted to “put his family first”.

The prime minister praised the outgoing MP’s “distinguished career”, during which he was a “powerful champion of Brexit”.

The North Shropshire seat is by no means a marginal, with Paterson having held it since 1997 and beaten Labour there in 2019 by nearly 23,000 votes but the by-election will undoubtedly feature allegations of sleaze.

Conservative MPs expressed anger over the affair after Johnson ordered them to back the controversial move just a day before his U-turn.

The climbdown came shortly after Lord Evans, the chairman of the Committee on Standards in Public Life, condemned the plans as being “deeply at odds with the best traditions of British democracy”.

He also said the “link needs to be broken” between reforms and the case of Mr Paterson.

A by-election could have been triggered if MPs approved the suspension and recall proceedings were launched, but Paterson beat them to the punch by resigning.

Keir Starmer called on the Prime Minister to apologise to the nation for “grubby attempt to cover up for the misdemeanour of his friend”.

Conservatives had been ordered to vote for the controversial plans on Wednesday, leading to Angela Richardson being sacked as a parliamentary private secretary to cabinet minister Michael Gove when she chose to abstain.

On Thursday she said she was “pleased to be reappointed” after the U-turn.

But questions remained over the pace of his retreat because Labour, the SNP and the Lib Dems had all vowed to boycott what deputy Labour leader Angela Rayner called the “corrupt committee” on Wednesday.

Mark Harper, who was one of 13 Tories to rebel to vote against the plans, said the affair was “one of the most unedifying episodes” he has seen during his 16 years in parliament.