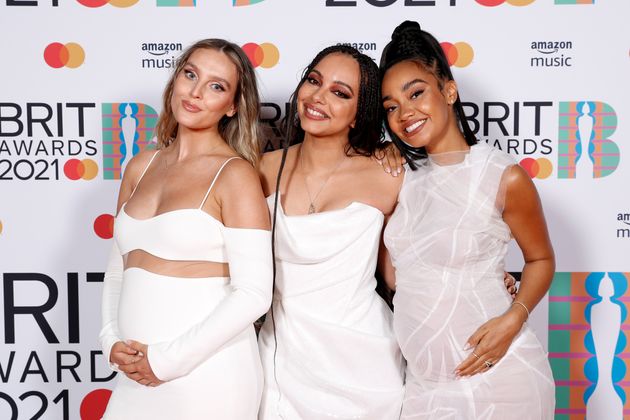 “Unbelievably proud of these women for handling their pregnancies like the Queens they truly are and bringing a little little mix into the world,” she posted on her Instagram Story.

“Love you @leighannepinnock @perrieedwards. Can’t wait to be the cool Auntie Jade lol.”

Jade also congratulated Leigh-Anne’s sister Sairah and Little Mix’s manager Sam Cox on the birth of their new babies, writing, “Congratulations too to @sairah_pinnock and @iamsamcoxy. What a beautiful bond these babies will have.”

On Monday afternoon, Leigh-Anne surprised fans with the news she and her fiancé, footballer Andre Gray, had welcomed twins on 16 August.

Writing alongside a picture of the newborns’ feet on Instagram, she said: “We asked for a miracle, we were given two. Our Cubbies are here.”

Leigh-Anne has shared a series of pregnancy snaps on social media over the last few months, but chose not to disclose that she was pregnant with twins until after the birth.

Perrie also shared pictures of her baby’s hands and feet as she shared the news she had given birth to her first child with footballer boyfriend Alex Oxlade-Chamberlain.

Earlier this year, the Little Mix stars revealed the adorable story behind how they both found out they were pregnant.

In a TikTok interview, Perrie said: “We were on a work Zoom and we were chatting about things that were coming up in our schedule because in Little Mix we are blocked out two years in advance.

“I messaged my manager and she called me and said, ‘You’re pregnant’.

Perrie continued: “I just heard this voice that said, ‘Perrie! You too?’ And then we just cried our eyes out. We couldn’t believe it.

“What timing! It wasn’t planned.”