Chrissy Teigen shared her thoughts on Instagram about being sober and feeling like she hasn’t “fully processed” the pregnancy loss of her son, Jack.

“Just reminiscing about New York a lot lately, when things were simple, thinking about all the stuff I’ve done and been through not just this year but in my life. I’m slightly down lately,” the Cravings cookbook author said alongside a photo of herself and her husband, John Legend, in New York over the weekend.

“It kind of started when I was thinking of my book caption and typed out ‘my third baby is here!!’ as in cookbook, then realised my third baby will never be here,” she said.

“Then I realised I threw myself into the book to not think of the real, actual third baby,” Chrissy added. “I don’t really feel like I fully processed Jack and now that I don’t have the alcohol to numb it away, things are just here, waiting to be acknowledged. I guess what I’m saying here is life is so fucking complicated.”

Chrissy and John shared that they experienced pregnancy loss in the autumn when they were expecting their third child, whom they had named Jack.

“We are shocked and in the kind of deep pain you only hear about, the kind of pain we’ve never felt before,” Chrissy shared on Instagram last year. “We were never able to stop the bleeding and give our baby the fluids he needed, despite bags and bags of blood transfusions. It just wasn’t enough.”

“We never decide on our babies’ names until the last possible moment after they’re born, just before we leave the hospital,” she said. “But we, for some reason, had started to call this little guy in my belly Jack. So he will always be Jack to us. Jack worked so hard to be a part of our little family, and he will be, forever.” 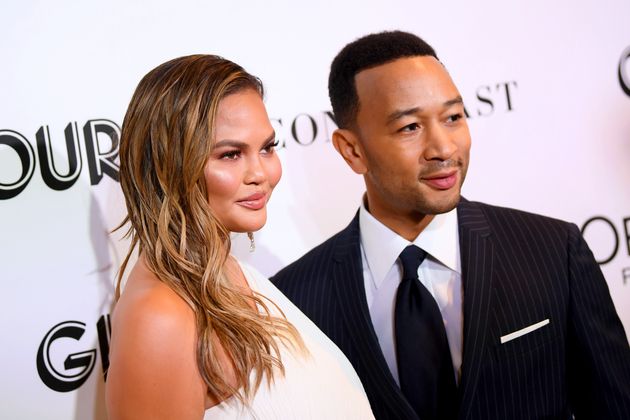 A few months after their loss, Chrissy shared that she’d chosen to get sober as she was “done with making an ass of myself in front of people (I’m still embarrassed).”

In May, the model was implicated in a bullying scandal after Courtney Stodden accused Chrissy of harassing them when they were a teenager. Chrissy later said she was “deeply sorry” for her actions.

Since then, the Lip Sync Battle alum has apologised again and spoken about feeling “lost” in the “cancel club.”

“I need to snap out of this, I desperately wanna communicate with you guys instead of pretending everything is okay. I’m not used to any other way!!” Chrissy said in a candid post in July. “Cancel club is a fascinating thing and I have learned a whollllle lot. Only a few understand it and it’s impossible to know til you’re in it.”

She added that “it’s hard to talk about it in that sense because obviously you sound whiney when you’ve clearly done something wrong. It just sucks.”