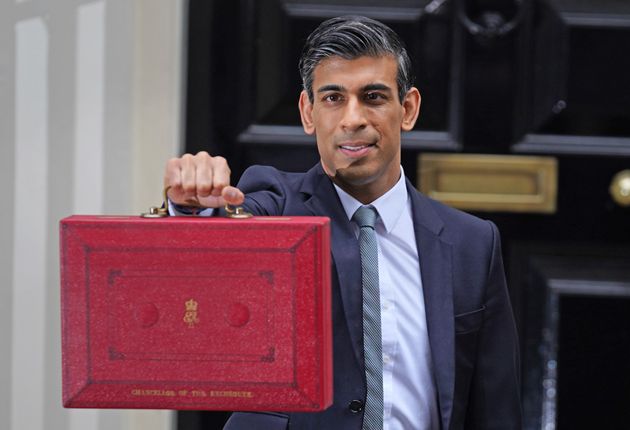 People claiming Universal Credit who are in-work will be able to keep more of the money they earn, Rishi Sunak has announced.

Unveiling his Budget in the Commons on Wednesday, the chancellor promised “help for working families with the cost of living”.

He revealed a bigger than expected reduction in the “taper rate”, the amount of benefit taken away for every £1 earned above the claimant’s work allowance, from 63p to 55p.

Sunak said it would mean nearly two million families will keep, on average, an extra £1,000 a year.

He added the change would be made “within weeks” and by no later than December 1.

But Labour said the change would not make up for the overall £20-a-week reduction in the benefit made earlier this month.

The move does not do anything to help the millions of claimants who are not in work – including those who cannot work due to illness.

Shadow chancellor Rachel Reeves told the Commons that “struggling” families struggling would believe Sunak was “living in a parallel universe”.

Morgan Wild, head of policy at Citizens Advice, said while the announcement was welcome it did not go far enough.

“It doesn’t cushion the blow of the £20-a-week cut for those still looking for work or the 1.7 million unable to work because of disability, health issues or caring responsibilities,” he said.

“Given the cost of living crisis, the government must ensure every family is able to access the support they need this winter.”

They Budget comes amid an increase in household income pressures caused by a cost-of-living crunch and recent government decisions including a rise in National insurance to help pay for the NHS and social care.