Sounds like Barbra Streisand thought the most recent remake of A Star Is Born, starring Lady Gaga was little, well, sha-ha-sha-ha-llow.

The music legend, who took on the role of the young ingenue in the 1976 version of the film, offered up her candid and then some thoughts about Bradley Cooper’s Oscar-winning feature debut, which she previously lavished praise upon.

While promoting the release of her new album, Release Me 2, on Australian talk show The Project over the weekend, Streisand appeared to knock the 2018 film for its lack of originality.

“At first, when I heard it was going to be done again, it was supposed to be Will Smith and Beyoncé. I thought, that’s interesting. Really make it different again, different kind of music, integrated actors, I thought that was a great idea,” she said.

“I thought it was the wrong idea, but, look, it was a big success, so I can’t argue with success, but I don’t care so much about success as I do originality,” she added.

Before Gaga and Cooper came on board, the latest remake of the story languished in development hell for years, with everyone from Jennifer Lopez, Tom Cruise, Alicia Keys, Leonardo DiCaprio and Rihanna eyed to play the film’s central doomed couple. But most notably, Beyoncé was attached to star in the project helmed by Clint Eastwood alongside Will Smith for quite some time before the singer exited due to scheduling conflicts in 2012.

Streisand previously hinted at her preference for a potential Beyoncé-fronted version of the story in a 2018 Variety profile, while also complimenting Cooper for doing “a wonderful job” with Gaga.

She later praised the aspects of the modern retelling that departed from the 1976 film, telling The New York Times, “I loved how he used the drag bar. I thought that was new and interesting.” 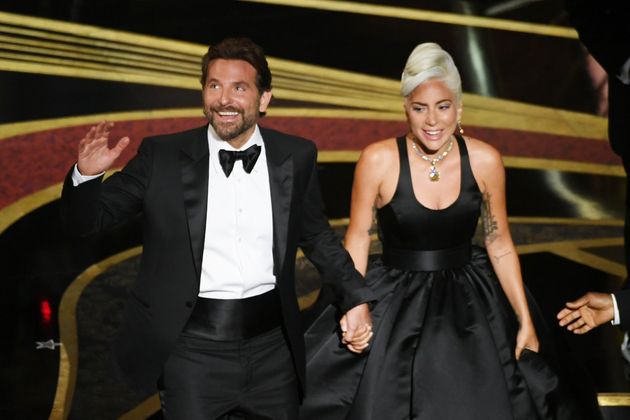 The Grammy winner even visited the set of the new film with her co-star, Kris Kristofferson. Cooper recalled how the duo “gave us a blessing” and Gaga added that she was “so, so kind.”

But some have long suspected that Streisand wasn’t exactly keen on the remake when she seemingly snubbed the film at the 2019 Oscars by choosing to introduce BlacKkKlansman onstage at the ceremony instead.

The move struck fans as particularly odd given that Streisand previously took home the Best Original Song trophy for her work in the 1976 film — the very same award Gaga went on to win at the ceremony for the chart-topping hit Shallow.

All these years later, Streisand still clearly has a soft spot for her movie.

Back in 2019, she surprised concertgoers in London by reuniting onstage with Kristofferson to perform their duet from the film, Lost Inside of You.