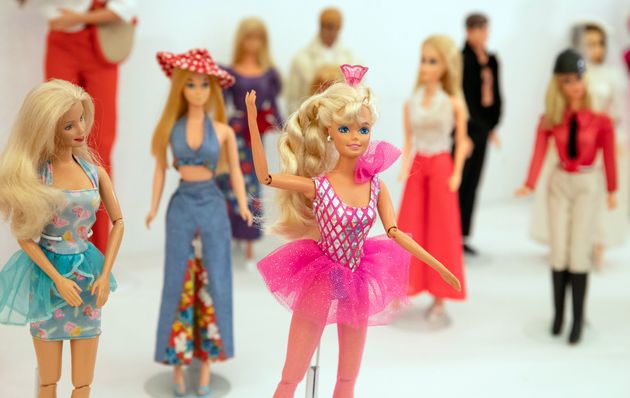 Barbie released a new doll collection for the Tokyo Olympics.

﻿Barbie was in the firing line on social media after its latest “inclusive” collection was accused of not including a visible Asian representative.

Mattel, the American company which manufactures the famous fashion doll, released a new collection to mark the Tokyo 2020 Olympic Games.

The firm even collaborated with the International Olympic Committee (IOC) and the organisers of this year’s games on the collection, originally for release in February 2020.

The five dolls were meant to represent the five new sports added to the games this year – baseball, karate, skateboarding, surfing and climbing.

Fans soon noticed a clear omission from their collection of five – an obvious Asian representative.

Another wrote: “This, even as Sunisa Lee, an Asian American, becomes the breakout star of the Olympics.

“What a missed opportunity to access a large and growing consumer market and to fully reflect Mattel’s values.”

Lee is an 18-year-old gymnast who took home a gold medal this year.

Others were completely taken aback that the toymakers did not have a visible Asian representative the very year Japan hosted the Olympics, claiming Mattel had rendered ”#AsianAmericans invisible”.

In a statement promoting the new collection, Janet Hsu, chief franchise officer for Mattel said: “Tokyo 2020 is a monumental event that brings the world together through sport and inspires fans of all ages.

“The Mattel Tokyo 2020 Collection honours these sports and inspires a new generation through the Olympic spirit and outstanding athletic tradition.”

On their website with Mattel, Barbie also promotes the importance of representation to children.

It claims: “It’s important for them to see themselves reflected in product and content and to be exposed to different skin tones, hair types and abilities. Barbie recognises the importance of representative and is committed to continuing to better reflect the world kids see today.”

Although the company said it wanted to emphasise “inclusivity and innovation” with their latest collection of dolls, the backlash from fans suggests it did not go to plan.

The company have previously recognised diversity, and in July released a doll based on Japanese tennis star, Naomi Osaka, which sold out within hours.

Mattel announced earlier this month they were also launching a range of dolls as a tribute to women in STEM (Science, Technology, Engineering and Maths) featuring models of female pioneers in each field.