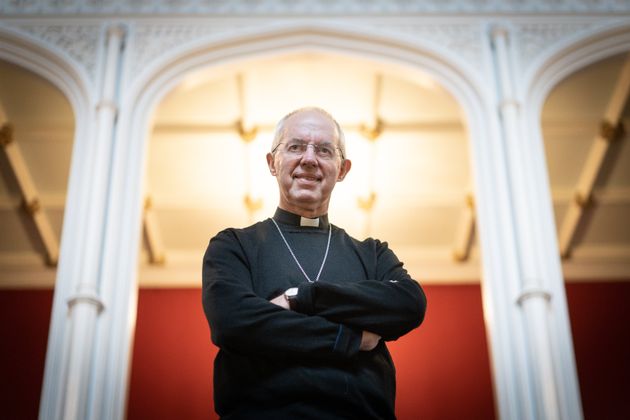 The Archbishop of Canterbury at Lambeth Palace in London.

The Archbishop of Canterbury has “unequivocally” apologised for suggesting politicians who fail to act on climate change could be compared to leaders who “ignored what was happening in Nazi Germany”.

Justin Welby later apologised for the offence his words may have caused to Jewish people, and said it was “never right to make comparisons with the atrocities brought by the Nazis”.

In a BBC interview at the climate summit Cop26 in Glasgow, the Church of England’s most senior leader said that world leaders “will be cursed if they don’t get this right”.

He added that “people will speak of them in far stronger terms than we speak today of the politicians of the 30s, of the politicians who ignored what was happening in Nazi Germany because this will kill people all around the world for generations, and we have will have no means of averting it”.

Welby went on to say: “It will allow a genocide on an infinitely greater scale.

“I’m not sure there’s grades of genocide, but there’s width of genocide, and this will be genocide indirectly, by negligence, recklessness, that will in the end come back to us or to our children and grandchildren.”

If this is as reported it is so sickening that I simply cannot comprehend how Welby can remain as a priest, let alone Archbishop https://t.co/2DSSq6yVpd

He later tweeted: “I unequivocally apologise for the words I used when trying to emphasise the gravity of the situation facing us at Cop26. It’s never right to make comparisons with the atrocities brought by the Nazis and I’m sorry for the offence caused to Jews by these words.”

The archbishop previously said he was attending Cop26 to listen to countries which are most affected by climate change, and to encourage those who are making progress.