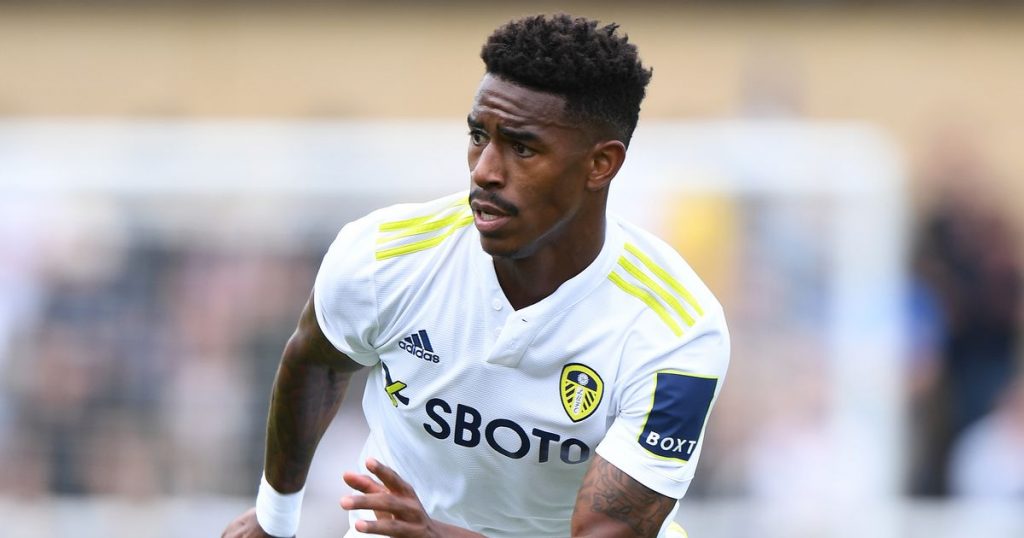 While the Whites’ defensive record had been patchy throughout the opening half of the 2020/21 season – largely due to key absences at the back – the 6-2 defeat against Manchester United was a particularly bitter pill to swallow.

This time around, the Red Devils will have the opportunity to blood England international Jadon Sancho for his club debut.

Sancho joined the Manchester side from Bundesliga outfit Borussia Dortmund this summer for a fee in the region of £73 million.

It followed a long, drawn-out transfer saga stretching back to last summer.

Having only recently joined up with his new teammates after England’s EURO 2020 campaign and a brief illness, there is a question mark over whether Sancho will start this afternoon.

Judging by previous opening day affairs, the 21-year-old is certainly one to keep a close eye on, particularly for Junior Firpo.

Sancho is likely to feature at right-wing, regardless of whether he starts or is summoned from the substitutes’ bench.

Junior is likely to start given Marcelo Bielsa’s previous admission in Thursday’s pre-match press conference that he had overcome a knock picked up during pre-season.

What he will be tasked with is stopping Jadon Sancho leaving an indelible mark on the game.

And the Manchester United newbie has form in that department.

During his time in Germany, Sancho racked up over 50 goals and 30 assists in Dortmund colours, his ability to twist and turn opposition defences inside out a key facet to his game.

In each of his three opening day fixtures for BVB, Sancho left the field with at least one goal contribution.

2018’s victory over RB Leipzig by four goals to one, saw Sancho introduced in the closing stages, but the then-teenager still managed to provide an assist for Marco Reus.

The following season, Sancho got off to a rousing start with a goal and assist from the start in a 5-1 dismantling of Augsburg.

Then, at the beginning of the 2020/21 campaign, the Englishman turned provider once again, setting up Erling Haaland in a 3-0 win over Borussia Monchengladbach.

“Jadon is going to be involved definitely. He has had a good week, unfortunately, he was ill after his holiday.

“We’ve lost out on a few days of training with him but he’s gelled really well in the group. He has looked sharper than expected, he will be involved. Can’t tell you if he is going to start though,” the Norwegian said.

We will have to wait and see if Junior is up to the task of nullifying Manchester United’s marquee summer signing.

If he can replicate anything similar to Kalvin Phillips’ job on Bruno Fernandes at Elland Road earlier this year, he will go a long way to endearing himself to Leeds supporters in his first competitive appearance.