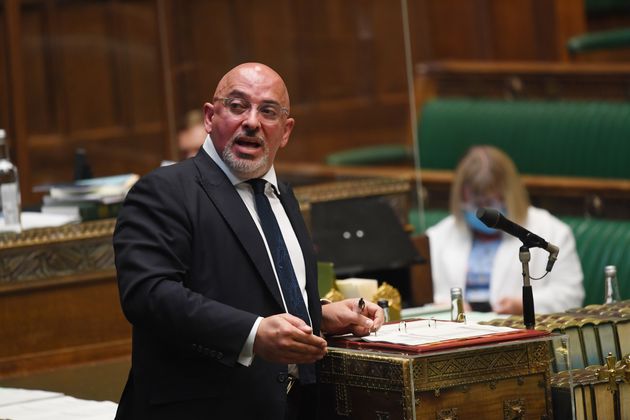 Connoisseurs of parliamentary proceedings will know that while ministers use an opening statement to set out broad policy, the devilish detail is often held back until their answer to their opposition shadow. And for anyone interested in the scale of the government’s planned ‘Covid passports’, today was a perfect example.

In answer to Labour’s Jonathan Ashworth, vaccinations minister Nadhim Zahawi gave a very strong hint that it was not just nightclubs that would require the NHS Covid pass as a condition of entry. He said indoor music venues, as well as “large unstructured outdoor events such as business events”, “music and spectator sport events” were “the ones that we are most concerned about”.

That will ring alarm bells among Labour’s party conference organisers I suspect (it’s due to have a full in-person conference in Brighton, whereas the Tories have pointedly planned a hybrid event and the LibDems a fully online one), as well the UK’s huge but struggling events business. Football matches, gigs, all sound like they’ll need a passport for entry.

And despite suspicions that the nightclub plan for late September was just a bluff to get young people jabbed, it looks like it really is going ahead. One of the few areas where business secretary Kwasi Kwarteng stuck to the script on Thursday was when he said that instead of a specific vote for nightclub passes, there might be “a general vote on the concept”. “I’m very confident we can pass the legislation we require,” he added.

With many Tories worried that a blanket Covid ‘ID card’ could be used for entry to pubs (and with Labour going for the populist line that it would be “unfair” on pubs and pubgoers), Kwarteng’s confidence will be subjected to a serious stress test when the Commons returns after its summer break.

But given Zahawi’s detailed hints, the PM’s own line on Monday – “some of life’s most important pleasures and opportunities are likely to be increasingly dependent on vaccination” – now feels like it’s not a threat but a promise. Zahawi also put Covid passports at the heart of the government’s strategy to be the first country in the world to “transition” from pandemic to endemic, “from pandemic to manageable menace”.

Vaccination does remain the best hope of getting there (new stats showed it had prevented 52,600 hospitalisations), yet there are real worries in Whitehall at the slowing uptake among under-30s. Some 34% of 18-29s have not had their first jab. And as NHS England warns hospitals they may be entering the “most difficult period” of the pandemic for more than a year, it also said high rates of admissions are ”closely linked” to low vaccine uptake.

Just as worrying, the surge in Covid cases has a direct impact on the vaccination programme because anyone infected has to wait 28 days until they can be given the jab. PHE said a total of 1154.7 infections per 100,000 people were recorded among those aged 20 to 29 – the highest figure recorded for any age cohort since the beginning of the pandemic.

In a bitter twist on the PM’s line this week that he’s “turning jabs, jabs, jabs into jobs, jobs, jobs”, the pingtastic third wave is forcing young people to not only delay vaccination but also forcing them to stay off work, with all the consequences for the economy that entails.

One subject that Zahawi didn’t want to touch in any detail on Thursday was NHS pay. He ignored both Ashworth and Jeremy Hunt when they asked just where the £2.2bn needed to fund the 3% rise was coming from. Downing St confirmed for the first time the cash would come from the DHSC budget but not from money “earmarked for the NHS front line”.

The cash will probably come from a mixture of the extra emergency Covid funding for this financial year for the NHS (although trusts are still waiting for the post-September half of that), plus the long term plan. But given the massive £37bn earmarked for Test and Trace over two years, I wonder if Sajid Javid will see that as a target?

Few people realise that Test and Trace actually reported a huge, 39% underspend of its 2020-21 budget of £22bn, mainly because the lockdown earlier this year meant “cancelled activity”. That’s a cool £4.3bn, more than double the pay rise bill.

The Treasury will probably just bank the underspend, but politically just imagine what a win-win it would be to hand cash from a failing service to pay the wages of the tired, heroic staff of the NHS?