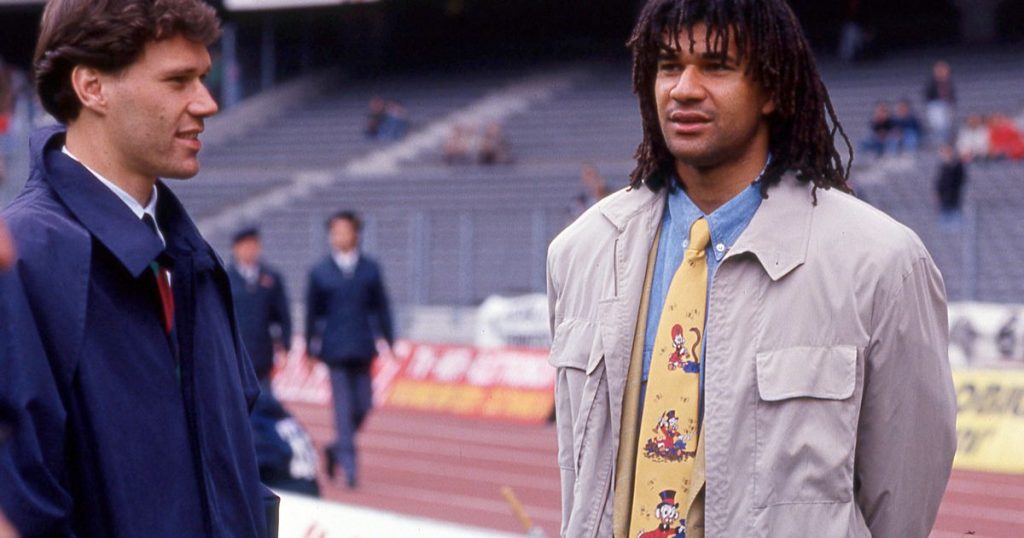 Ruud Gullit and Marco van Basten have jumped to the defence of Leeds United defender Pascal Struijk following his tackle on Harvey Elliott in Sunday’s 3-0 defeat to Liverpool at Elland Road.

Early in the second half the Dutch defender attempted to tackle Elliott from behind and win possession back for his side, however, as the Liverpool youngster fell to the ground he appeared to dislocate his left ankle – something which prompted disturbing reactions from those close by.

Physio’s from both clubs rushed onto the pitch to immediately aid the 18-year-old as the game was brought to a halt while treatment was given.

Following a brief pause in the game, referee Craig Pawson showed Struijk a red card for the tackle, something which has split opinions in the footballing world over the days that followed.

Dutch duo Gullit and Van Basten believe that Struijk was unlucky to be dismissed for his tackle as they both think the tackle was carried out with the sole intention of winning the ball back, not hurting Elliott.

“You can clearly see that this is an accident. Why does he get a red card?” added Van Basten.

Many felt that Pawson’s decision to not blow for a foul initially as Elliott fell to the ground showed that he thought there was nothing wrong with the tackle, with many believing that he based his red card on Elliott’s injury rather than the tackle itself.

Struijk will now miss three Premier League games as a result of his red card, that is, of course, unless the Whites manage to successfully appeal his dismissal on Sunday afternoon.