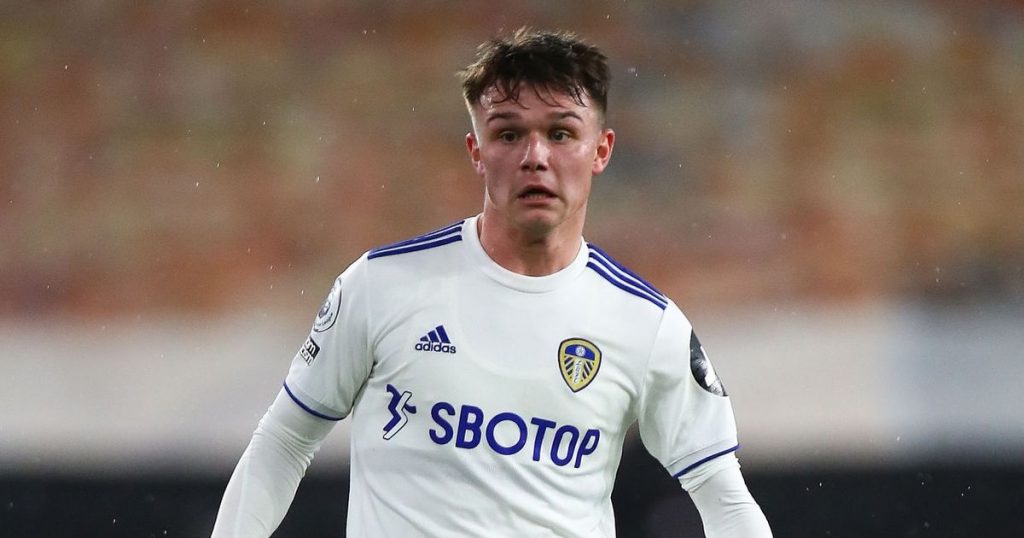 Leeds United’s pre-season is now well underway. Whilst many clubs have integrated under 23s players into their first-team lineups in order to rotate minutes around, Marcelo Bielsa has again gone with multiple squads which have thus far played two games each.

An U23s line-up recorded a 3-2 win over Guiseley and followed that up with a 2-1 loss against League One side Fleetwood, managed by ex-Leeds promotion winner Simon Grayson. The senior side opened up with a 1-1 draw away at Blackburn and then played out an entertaining 3-2 loss to La Liga side Real Betis on Saturday, with Patrick Bamford scoring with his first shot of the pre-season friendlies and Mateusz Klich adding the second.

Although Jamie Shackleton made a number of appearances for the U23 side last season, he is very much considered a member of the first-team squad at this stage and he has been one of the stand-out performers in both first-team games so far. He played 90 minutes at right-back against Blackburn, before coming on as a 24th-minute substitute for the injured Diego Llorente in the Betis game. This saw Luke Ayling shifted to centre-back and the 21-year-old brought on to play right-back once again.

Shackleton impressed in both appearances, demonstrating his lightning pace, ball-carrying ability and tidiness on the ball. He played plenty of one-twos and embarked on overlapping runs at every opportunity.

All of these qualities and more make him an excellent deputy for Ayling at right-back. However, there is also Cody Drameh in the U23s who is perhaps the more natural fit in the role, due to his natural physicality and height, alongside his own ball-carrying ability.

Shackleton is clearly ahead of Drameh at the moment due to having senior experience but would perhaps see himself more as a central midfielder, which was the position he spent the majority of his youth career playing. In fact, before Bielsa arrived at the club in the summer of 18/19, Shackleton had never considered the idea of becoming a fullback and has gone on record in the past saying that his favourite position is a ‘box to box number 8’.

However, as this table shows below, Shackleton has split his first-team minutes almost exactly 50/50 between playing as the right-back and playing in midfield. In fact, he has played a marginal amount more as a full-back.

Notably, the biggest discrepancy between the two positions came in the Championship title-winning season in ’19/20. Shackleton was presented with an opportunity to get a proper run in midfield for the first time at an early point in the season.

In his first season, he had made a few sub appearances in midfield but all his starts were at right-back until Adam Forshaw picked up an injury in the first leg of the playoff semi-final. Shackleton impressed as a substitute as Leeds ran out 1-0 winners at Pride Park and started in midfield in the home leg. The game was a devastating loss but Shackleton was a bright spark.

When the opportunity came in ’19/20 – due to injuries to Forshaw and Pablo Hernandez – the Leeds-born youngster looked set to make a claim for the position. He started four games in succession as Leeds picked up seven points. His performances were full of his typical industriousness and skill but his run of starts was ultimately cut short as he was substituted just before half-time in the fourth game, due to a bad hamstring injury.

What do you think Jamie Shackleton’s role should be this season? Let us know in the comments

He played just two minutes of the next 19 matches and was reduced to substitute cameos when he finally regained his fitness. He didn’t start another game apart from the infamous ‘hangover game’ against Derby County, where Leeds celebrated their title win. He did manage to score his first two goals for the club in this game and in the final game of the season, when he came on as a substitute once again.

In ’20/21 Shackleton again had his opportunities to start in midfield, starting against Leicester and Wolves. The Leicester game was a disastrous team performance and Leeds were 2-0 down by half-time, which saw Shackleton sacrificed as Bielsa tried to save the game. However, he played excellently in the 1-0 loss to Wolves, but wasn’t able to follow it up by starting the next game as once again he picked up an injury.

Once he returned to fitness he found Stuart Dallas in the form of his life in front of him. This meant that he only played one minute of Premier League football after the middle of February.

It’s notable that Leeds are known to be looking for another midfielder before the transfer window closes. Many of the players that have been mentioned in the press as potential targets have been ball carriers. Michaël Cuisance came as close to signing for Leeds without signing for them as anybody has since Daniel James and his primary attribute is carrying the ball through the middle of the pitch.

Perhaps Shackleton might hope for an opportunity to play some minutes in midfield during the remaining pre-season games as he bids to show his coach that when he’s fit he can do that job just as well, putting himself forward as a real option in that role.

If Leeds do go on to sign a midfielder, then perhaps Shackleton’s best pathway to minutes in the Leeds first team is through covering right back. If a number 8 comes in, he will be falling down the pecking order in a position that he must feel he’s missed out on due to nothing more than some terrible luck with timing.