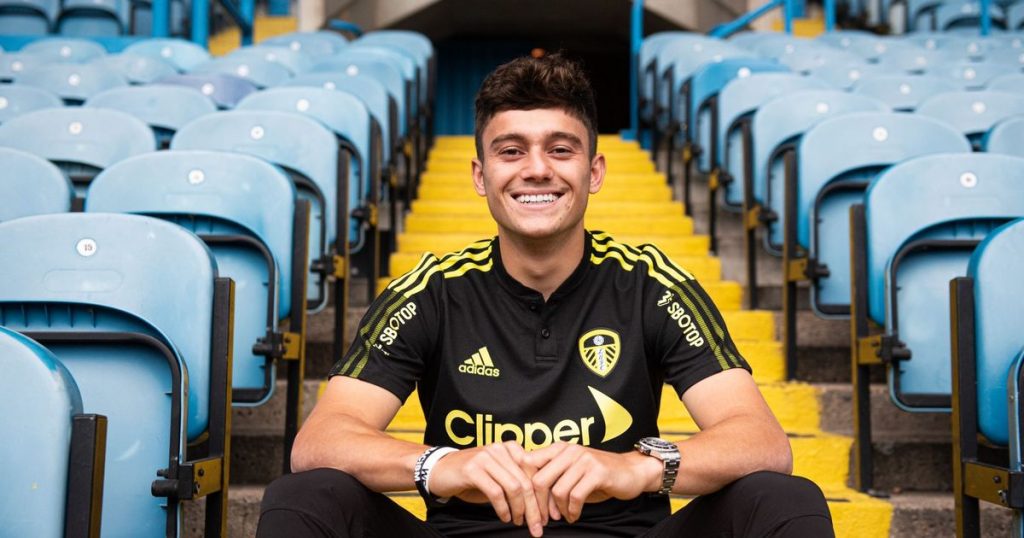 Daniel James joins Leeds United as the club’s second most expensive signing of all time following his Deadline Day move from Manchester United.

The fee paid by the club, reported to be in the region of £25m, means the club have now broken their transfer record for the second summer in a row.

The signing of Rodrigo 12 months ago finally ended Rio Ferdinand’s 20-year reign as Leeds’ most expensive signing when he joined from West Ham in 2000.

At £27m, the Whites’ record signing is relatively cheap when compared to their Premier League rivals.

Following James’ arrival, we have taken a look at the five other players who have cost Leeds the most money.

It would be unfair to completely judge Rodrigo after just over a year in Leeds but he is yet to consistently hit the heights of what he is capable of, mainly due to injury and illness.

It is also worth noting that the Spaniard has rarely played in his preferred number nine role due to the excellent form of Patrick Bamford but he has struggled to impress.

Having turned 30 in March and after being able to call on a complete Bielsa pre-season, this campaign will be a vital one for him.

When judging whether or not Ferdinand was successful during his time at Leeds, you only have to look at the fact Sir Alex Ferguson was willing to make him the most expensive British player of all time to take him to Man United.

The Red Devils legend admitted that his time in West Yorkshire was the most enjoyable of his career after playing a key role in helping the Whites to the Champions League semi-final.

His headed goal against Deportivo La Coruña in the quarter-final is one that will live on forever in the memories of thousands of supporters. He was brilliant in the 20 months he spent at Leeds.

Unfortunately, much of Diego Llorente’s first season at the club was plagued by injuries but there have certainly been signs that he will be a great defender if he can stay fully fit.

At the back end of last term, the Spaniard helped to sure up what had been a leaky defence on his return from injury. When he was absent from the team, Marcelo Bielsa’s side conceded an average of 1.75 goals per game, a number that fell dramatically to 0.86 in the games he played.

Leeds fans will be desperate for him to feature consistently this season.

In arguably the busiest summer in the club’s history, Raphinha also joined the club in the delayed transfer window of last year. With little knowledge of whether or not he was worth the £17m fee, Leeds supporters were unsure of what to expect from the Brazilian.

But after just one season of watching him play, it has already proved to be an absolute bargain with him scoring six goals and assisting nine more in 30 Premier League matches last term.

With a number of pundits tipping the 24-year-old with a move to one of the so-called ‘bigger clubs’, it would have to be an astronomical amount to even tempt Bielsa and his staff to part with arguably their best player.

Initially joining David O’Leary’s side on loan in January 2001, Robbie Keane’s move was made permanent six months later after he impressed with nine goals in his first 14 starts.

After the Whites tied him down to a longer term deal, it all started to go downhill for the club and the Irish striker struggled. Robbie Fowler joined in the same summer and a youthful Keane was unable to get regular game time.

He left for £7m ahead of the 2002/03 campaign with Leeds facing increasing debt and went on to be a huge success for Tottenham.