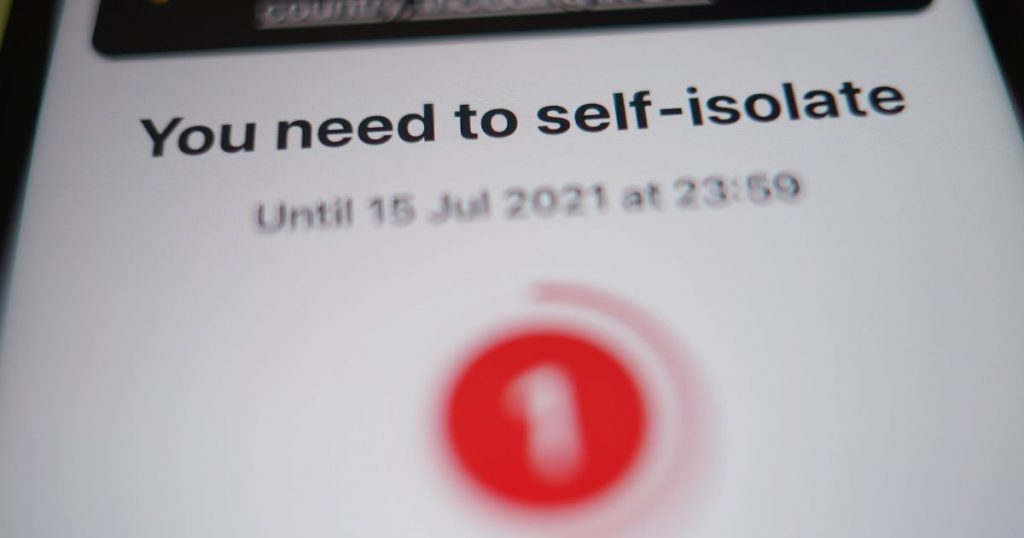 Boris Johnson confirmed the end of lockdown on July 19 in England, meaning the final stage of the roadmap had finally arrived.

Many of the restrictions – like mask-wearing in public places – are now advisory rather than compulsory.

However, as the country unlocks, more people than ever have been contacted by the NHS Test and Trace app, asking them to self-isolate.

Over half a million people a week are being contacted by the service as they had come into contact with someone who had tested positive.

As a result, some of the rules will be changing to minimise disruption.

Read on to find out more.

What new Covid changes will happen from August 16?

From August 16, fully-vaccinated people, and those under 18, will no longer have to self-isolate if a contact tests positive for Covid.

Instead they will be encouraged to take a PCR test, although this is technically not be a legal requirement.

At present, everyone apart from critical workers is required to self-isolate if they are contacted by NHS Test and Trace.

This is slightly different to being ‘pinged’ by the app. If you’re not contacted directly by Test and Trace, but receive a message on the app, you’re advised but not legally obligated to stay indoors.

In Northern Ireland, a review is expected on August 12.