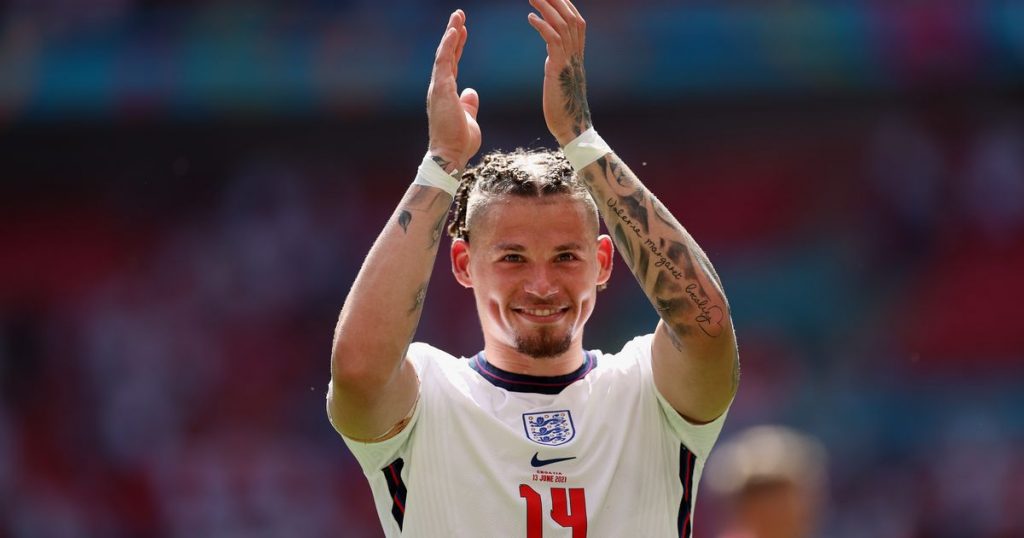 A Leeds United fan has written a heartfelt open letter to midfielder Kalvin Phillips after his excellent Euro 2020 campaign with England.

Although England eventually suffered heartbreak after a penalty shoot-out defeat to Italy, Leeds fans have rushed to voice their pride at Phillips’ displays and the way he conducted himself.

One particular supporter, Jack Tabner, has penned a powerful open letter which was shared on Twitter and has already been ‘liked’ over 4,500 times.

A section of the letter reads: “Perhaps the most gratifying thing of all hasn’t been your footballing performances, but the way you’ve conducted yourself.

“Probably without any concerted effort, you have been a paragon of virtue, humility, kindness and social conscience – and your cheeky grin, your bromance with Ben White and your loving relationship with your family have given us a warmth that we’ve all needed as a nation.

“It came as no surprise to me that you were the first to scoop up Saka when the last penalty was missed. What a man you have become.”

Phillips had always been a star in the eyes of the Elland Road faithful but has had to fight to earn the respect of the England fanbase.

His relative inexperience on the international stage and the fact that so-called ‘bigger’ names were waiting in the wings had caused many to clamour for alternatives.

However, his aggressive yet composed displays and ability to nullify the threat of Europe’s elite appears to have cemented his place in England’s starting XI.

Tabner also paid tribute to the social impact his burst on to the international tournament scene will have and even alluded to a spike in the number of babies that will be named Kalvin.

Another section reads: “What’s more is the significance of what you represent for so man under-represented people. You have been a beacon of light for working class people, black people, for Wortley, for the city of Leeds and for proud, understated Yorkshire folk.

“There will be a spike in the number of Kalvins starting school in a few years, and they will be all pretending to be you when they play in the park.”

The letter ends with a touching offering of thanks.

It reads: “We may have woken up having lost the final, but Leeds fans all woke up feeling like winners because of you.

“Thank you, Kalvin. You make us all so proud to be Leeds.”