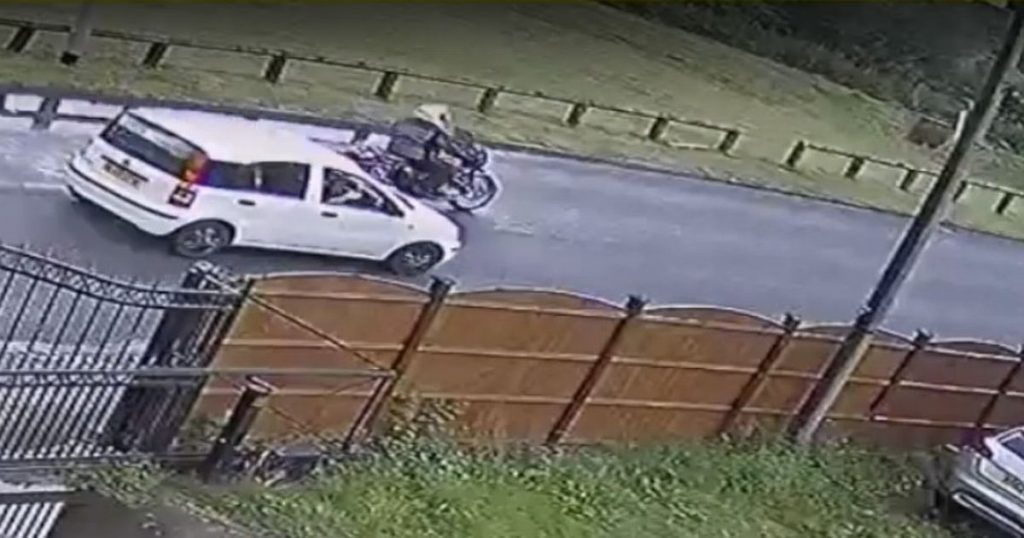 Police have launched an appeal to find a car driver who knocked a pensioner off his motorbike in a hit and run on a Leeds road.

CCTV footage of the incident shows the 79-year-old victim riding along Carlton Lane at around 3.20pm on Sunday July 4.

The driver of a white Fiat Panda attempts to overtake him but is forced to cut back inside as the two vehicles reach a bend in the road, knocking the man off his motorbike.

The Fiat driver does not stop at the scene.

The man was helped by members of the public before being taken to hospital with non-life threatening injuries.

A spokesperson for West Yorkshire Police said: “Officers would also like to speak with anyone who may have been travelling along Carlton Lane/Leadwell Lane prior to the incident or just after 3.20pm, or those who have dashcam footage.