As the Tokyo Olympics get underway, many of us are getting nostalgic for 2012, when the UK played home to the tournament.

That includes Victoria Beckham, who famously helped close the event with an incredible Spice Girls medley.

On Friday morning, Posh posted a throwback photo of herself during the chart-topping group’s Closing Ceremony routine, remembering it as “one of the proudest Spice Girls moments”.

Sharing the love with her bandmates Mel B, Geri Horner, Melanie C and Emma Bunton, she added: “Sharing these moments in honour of the Tokyo 2020 Olympics starting today.. sending so much luck to Team GB.”

She later included a nod to her husband David’s prior appearance at the Opening Ceremony, joking: “I wasn’t the only Beckham at the Olympics!”

The 2012 closing ceremony marked the last time that Victoria performed with the Spice Girls, who reunited in 2019 for a stadium tour as a four-piece.

However, earlier this week, Melanie C let slip that she knows what it would take to get VB back with the band that helped launch her as an international star. 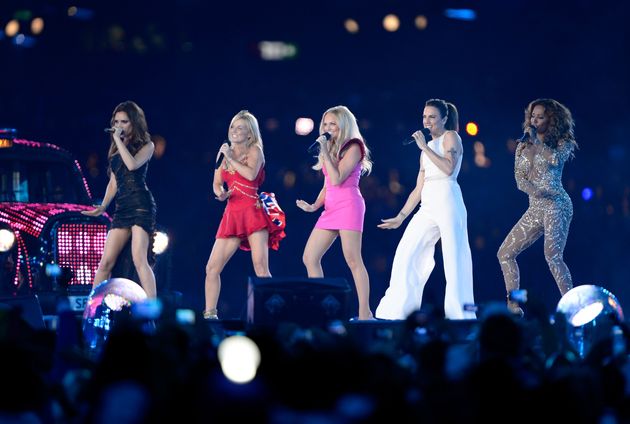 The Spice Girls performing in 2012