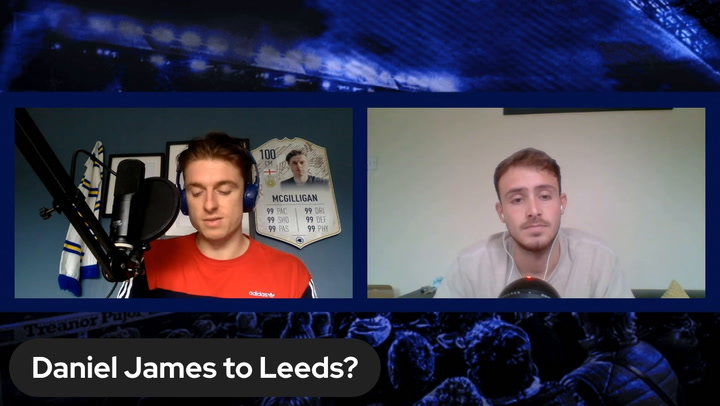 Victor Orta hopes to wrap up the permanent signing of Daniel James from Manchester United on deadline day after pursuing the winger since January 2019 and past quotes from Leeds’ Director of Football revealed the process Leeds went through to identify James as a top target in the first place.

“We detected first from the human eye, about the UK recruitment about Daniel James, that he would fit with our style – and Marcelo Bielsa totally agreed.”

Orta told Sky Sports, as reported by Leeds Live in 2019.

“It’s true that, at that moment, he had only played 14 games in the Championship and we were trying to find more accuracy. I asked for a report from a company in football analytics and in this moment Daniel James had zero goals and one or two assists.”

The company in question was Analytics FC, who have also been used recently by players such as Manchester City’s Kevin De Bruyne in contract negotiations, as detailed by The Athletic.

“They made a big report about expected goals and expected assists and they predicted he would finish the season with six or seven goals and eight assists, and it was a step that (meant) I felt more comfortable making that decision.”

The Spaniard went on to talk about how the report gave him renewed confidence in how data can help identify players that best fit Leeds United.

“First was the scout – the eye – thinking this player can fit for us. But this report gave me more accuracy to propose to the board that this player can be a fit for January.”

“Then in the end what happened was (the deal) not finished and Daniel James didn’t play for Leeds United. But I always have this report as an example of a good use of data.”

Armed with that data report, Leeds have enquired about James in every single transfer window since they missed out on the Welshman. The window immediately after saw him make a £15m move to Manchester United and then Leeds tried again to sign the winger as they reached their goal of promotion to the Premier League.

However, they ultimately ended up with Raphinha, who lit up the league with his performances on The Whites’ right wing.

With Cristiano Ronaldo making a sensational return to Manchester United, James suddenly became available after Leeds had earlier been told that he would be remaining at Old Trafford. The club have moved quickly to make a deal for the player that Bielsa and Orta have loved for over two years.