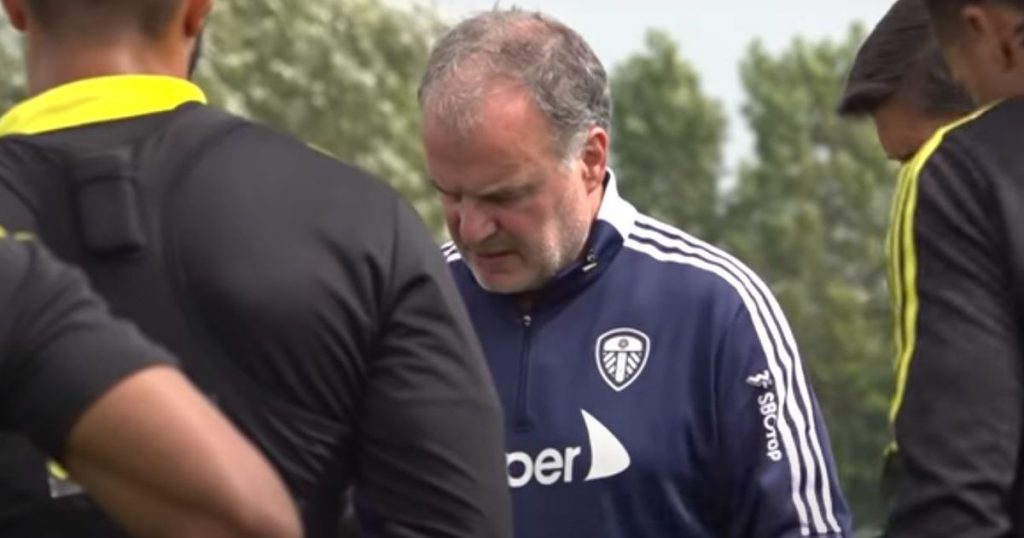 Firpo and Shackleton in full training

While Marcelo Bielsa was confirming Junior Firpo and Jamie Shackleton were available for Leeds United’s trip to Manchester United, the club was publishing a video with them training.

While it is not particularly shocking to see them in training with the all clear, it is heartening to see they will not be joining in at the 11th hour of the Old Trafford preparations.

The pair were training alongside the rest of the main group in the video published.

After what has been a hugely encouraging pre-season for Adam Forshaw, his progress alongside senior team-mates in the main group at Thorp Arch continues.

From being a player on the periphery of full training we saw ounce every few months, it seems Forshaw is at the heart of the group once more and continuing with his comeback.

After Bielsa’s comments on Thursday, it seems Forshaw is set for a prolonged spell with the under-23s in matches while he builds back his fitness.

Kristoffer Klaesson has been on the bench a couple of times in pre-season, but this video provided the first opportunity to see the Norwegian in training.

Working alongside Marcos Abad and Illan Meslier, Klaesson went through several drills in the clips made available by the club.

It’s likely Klaesson’s first appearance in a Leeds shirt will come at Selhurst Park on Monday night when the under-23s visit Crystal Palace for their Premier League 2 opener.

This week’s under-23s in the spotlight

There is something of a revolving cast when it comes to which under-23s Bielsa has in training with the main group at Thorp Arch.

On this occasion, Nohan Kenneh, Sam Greenwood and Crysencio Summervile are the younger faces working alongside the first team.

All three have worked alongside the first team for much of the past year or more, though Greenwood saw more minutes with the first team across pre-season.

We know of Diego Llorente’s current injury situation, but there was one other member of the senior squad missing from this week’s video.

Ian Poveda, who was included with the under-23 unit during the pre-season matches, was not spotted in the package put together by the club this week.

Bielsa was not asked about the injury situation in the squad beyond Llorente, Firpo, Shackleton and Phillips in his press conference, so it remains to be seen if Poveda has a problem.