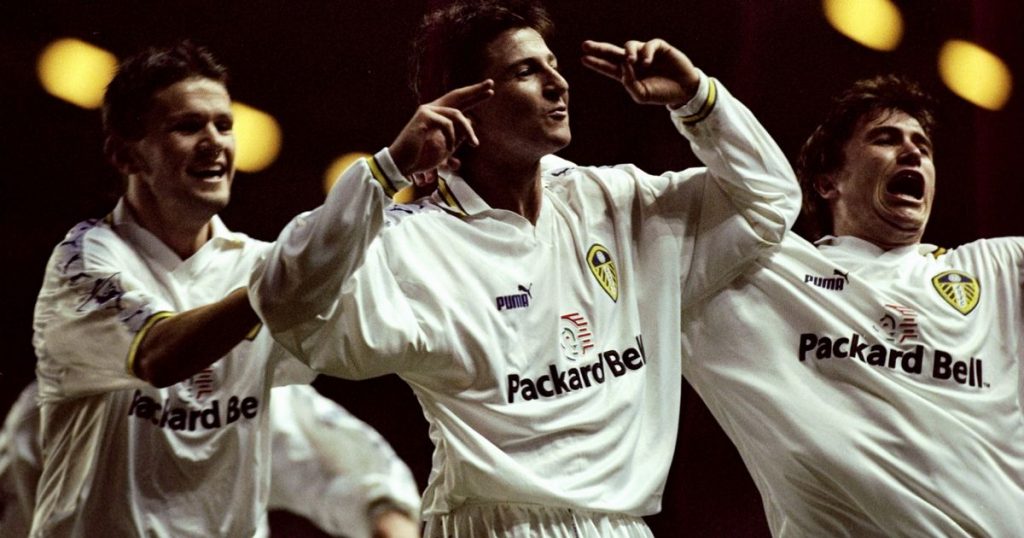 Former Leeds United striker Michael Bridges has opened up about his encounter with opposition fans and how it spurred him on to score a hat-trick against Southampton in August 1999.

Bridges was speaking after Trent Alexander-Arnold silenced sections of the Leeds supporters during Sunday’s match after home fans had directed X-rated chants at the full-back comparing him to fellow England teammate Kyle Walker.

But Liverpool‘s Alexander-Arnold would soon get his revenge as he provided a low-driven cross for Salah to break the deadlock, and notch his 100th Premier League goal in the progress. The 22-year-old Scouser would then cup his ear to the Leeds fans who had been singing the X-rated chants in his direction prior to his assist.

And speaking about the incident, Leeds’ former forward Bridges revealed that he had a similar exchange with a Southampton fan 22-years ago.

On the opening day of the 1999/2000 campaign, Bridges helped David O’Leary’s Leeds side dispatch the Saints with ease thanks to a hat-trick from the former forward.

However, Bridges revealed that before he completed his trio of goals he had been the subject of abuse by sections of the home supporters, something that he took great pride in getting one over on when he notched his third and final goal of the afternoon.

Reminiscing of the memory on Twitter, in light of Alexander-Arnold’s jest on Sunday, Bridges recalled the events.

“Good memories with Leeds,” he posted. “How an abusive Saints fan in the stands ate his words when I scored a header to complete a hat trick v Southampton.

“So I pointed at him in the stands and said thanks for the motivation mate and all the Saints fans started abusing him instead.”