Paris St-Germain have offered a contract to 34-year-old Argentina forward Lionel Messi, who is a free agent after his deal at Barcelona expired. However, the La Liga side remain hopeful of tying the six-time Ballon d’Or winner down to a new deal. (AS – in Spanish)

Manchester United are willing to let Donny van de Beek leave the club this summer amid interest from Real Madrid, who want to take the 24-year-old Dutch midfielder on loan. (Star)

A move away for Van de Beek could pave the way for United to sign Real Madrid’s French centre-back Raphael Varane, 28. (Sun)

Liverpool are weighing a move for Atletico Madrid midfielder Saul Niguez, 26, with the Spaniard keen on the idea of playing in the Premier League. (La Razon – in Spanish)

Liverpool are also interested in Lille and Portugal midfielder Renato Sanches, 23, but could face competition from Arsenal were they to pursue the former Bayern Munich player. (Onze Mondial – in French)

Arsenal are ready to consider a move for West Brom and England goalkeeper Sam Johnstone, 28, if a deal for Sheffield United’s Aaron Ramsdale, 23, cannot be struck. (Star)

Juventus boss Massimiliano Allegri has informed the club of his desire to re-sign Paul Pogba from Manchester United. The 28-year-old Frenchman, whose contract at Old Trafford will expire in 2022, won two Serie A titles with Juve during Allegri’s first stint in charge. (90 Min)

However, Milan have also been offered Brazil attacker Philippe Coutinho by Barcelona, who are keen to remove the former Liverpool star from their wage bill. (Mundo Deportivo – in Spanish)

Norwegian midfielder Martin Odegaard, 22, has all but confirmed that he will not be returning to Arsenal next season after spending time on loan in London from Real Madrid. (Football London)

Bayer Leverkusen and Czech Republic striker Patrik Schick, who has starred for his country at Euro 2020, is wanted by AC Milan. (Tuttomercatoweb – in Italian)

Inter Milan have opened talks with Denzel Dumfries’ agent in the hope of wrapping up a deal for the 25-year-old PSV Eindhoven and Netherlands wing-back. (Calciomercato via Football Italia)

Tottenham remain interested in Fiorentina striker Dusan Vlahovic, 21, but the Serbia international is focused on renewing his contract with the Serie A club after scoring 21 goals in 37 league appearances in 2020-21. (Corriere dello Sport via Sport Witness)

Arsenal‘s French midfielder Matteo Guendouzi, 22, is closing in on a move to Marseille with the Ligue 1 club also expected to complete a deal for Gunners defender William Saliba, 20. (Goal)

Real Sociedad have failed with a late attempt to sign Benfica’s 21-year-old Portuguese left-back Nuno Tavares, who is close to signing for Arsenal. (Mail)

Sheffield United manager Slavisa Jokanovic says he will try to convince 23-year-old Norway midfielder Sander Berge, who has been linked with Arsenal, to stay with the Blades. (Mirror)

German midfielder Toni Kroos, who has retired from international football after Euro 2020, says he expects to end his career with Real Madrid. The 31-year-old’s current deal with the Spanish club runs until 2023. (Marca) 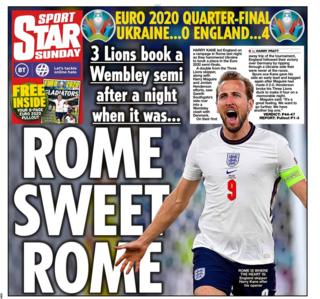