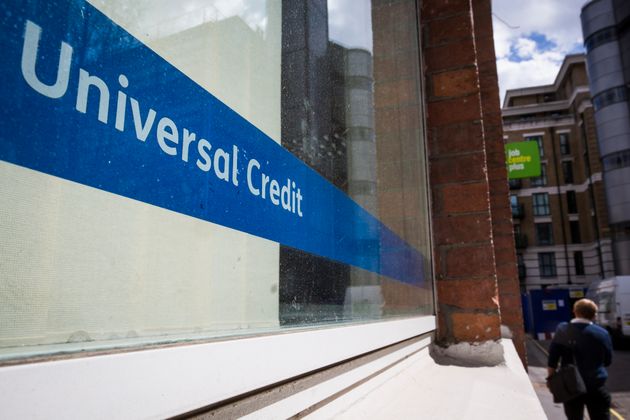 More than 50 Tory “Red Wall” seats won from Labour at the last election will hit hard when family benefits cuts kick in this autumn, a new study has found.

Around one in three households with children in the key battleground constituencies will be £1,040-a-year worse off when Covid-related uplifts to Universal Credit and Working Tax Credit are axed on October 6, according to the Joseph Rowntree Foundation.

The anti-poverty research group calculated that ending the £20-a-week increase introduced last year will result in the “biggest overnight cut in benefits since the Second World War”.

The political risks of the cuts were underlined by the study showing that 53 Tory constituencies will see a third of families with children losing out.

Some Tory MPs are still lobbying ministers for a last minute reprieve, but Johnson, work and pensions secretary Therese Coffey and chancellor Rishi Sunak look determined to stick to plans to end the uplift.

The study found that 413 parliamentary constituencies across Britain will see over a third of working-age families with children hit by the changes.

In some Labour constituencies more than three-quarters of families with youngsters will lose out, with Bradford West seeing 84% impacted. 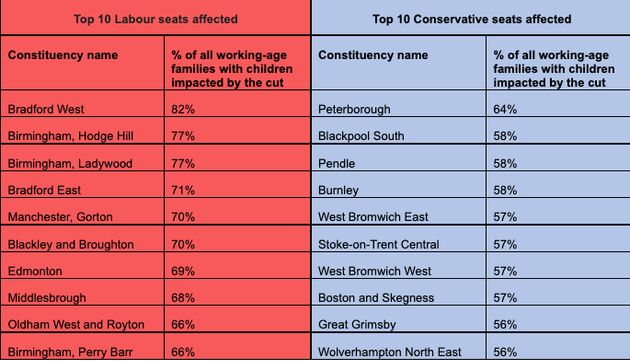 The looming cuts will hit hardest in Yorkshire & the Humber, the North East, North West and West Midlands.

According to the JRF’s analysis, on average 21% of all working-age families, including those without children, will lose more than a thousand pounds a year.

Katie Schmuecker, of the Joseph Rowntree Foundation, said: “We are just over a month away from the UK government imposing the biggest overnight cut to the basic rate of social security since the Second World War.

“This latest analysis lays bare the deep and far-reaching impact that cutting Universal Credit will have on millions of low-income families across Britain.

“MPs from across the political spectrum are already expressing their deep concerns about this planned cut. Now is the time for all MPs to step up and oppose this cut to their constituents’ living standards.

“Plunging low-income families into deeper poverty and debt as well as sucking billions of pounds out of local economies is no way to level up.”

Shadow work and pensions secretary Jonathan Reynolds said the cuts would be “a hammer blow to millions of families, hitting the lowest paid hardest and hurting our economic recovery”.

“Time is running out for the Conservatives to see sense, back struggling families and cancel their cut to Universal Credit. Labour would maintain the uplift until we can replace Universal Credit with a fairer social security system.”

A DWP spokesperson said: “The temporary uplift to Universal Credit was designed to help claimants through the economic shock and financial disruption of the toughest stages of the pandemic, and it has done so.

“Universal Credit will continue to provide a vital safety net and with record vacancies available, alongside the successful vaccination rollout, it’s right that we now focus on our Plan for Jobs, helping claimants to increase their earnings by boosting their skills and getting into work, progressing in work or increasing their hours.”