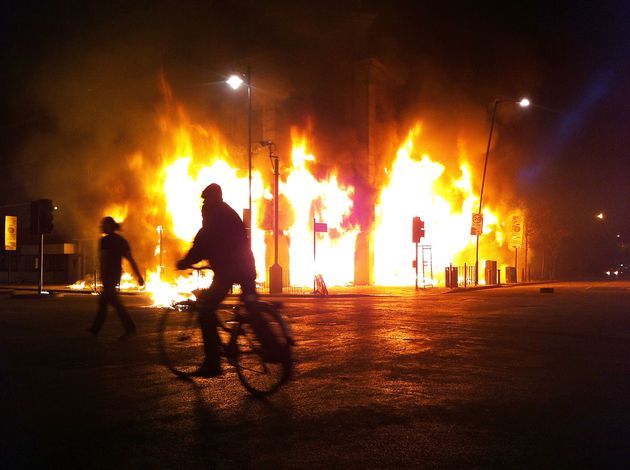 The riots started when peaceful protests against the police shooting of Mark Duggan in Tottenham, north London, turned violent. The unrest quickly spread across the UK to cities including Manchester, Bristol and Merseyside.

The government’s failure to learn the lessons of the 2011 London riots means the UK is at greater risk of social unrest than ever, Labour has warned.

In a report marking the tenth anniversary of the social unrest, the party said a decade of cuts to police, youth services and local council budgets had deepened the social inequalities that created the conditions in which the riots occurred.

The riots started when peaceful protests against the police shooting of Mark Duggan in Tottenham, north London, turned violent.

The street disturbances quickly spread across the UK to cities including Manchester, Bristol and Merseyside.

Shops were looted and homes were set on fire in scenes that claimed the lives of five people over five days in August 2011.

Following the unrest then prime minister David Cameron commissioned the riots, communities and victims panel to look at what went wrong.

The panel made 63 recommendations, including that the government provide greater support for families, tackle youth unemployment and improve relations with police.

It identified 500,000 “forgotten families” as those where rioters were drawn from and who were not receiving any support despite being in desperate need of it.

Labour warned that 10 years on, the number of those families could now have doubled to 1million and that key recommendations remain unmet. The number of children thought to be among these families reached nearly 1.6million by 2019, according to the children’s commissioner.

It said £15bn had been cut from local authority budgets since 2010, with youth services suffering a 70 per cent real-terms reduction.

Labour MP Steve Reed, the author of the report whose Croydon constituency was badly affected by the riots, said the report’s findings were an “alarm bell we cannot afford to ignore”.

“The deep social inequalities have grown wider after a decade of cuts to vital services that support struggling families, and a rise in poverty,” he said.

“Instead of acting to strengthen the fabric of society to reduce the risk of riots, over the past decade the Conservatives have decimated police forces, youth services and council funding for the support families most at risk need.

“The government chose to ignore the lessons of the riots, so the risks we face today seem higher than ever.”

A government spokesperson said: “The events of August 2011 shocked the country, and the police and courts took commendably swift action to bring perpetrators to justice.

“We’re strengthening communities by levelling up opportunities and ensuring local people are at the heart of decision making – identifying what matters to them and the best ways to achieve this.

“We’ve allocated £12bn to councils since the start of the pandemic, with over £6bn not ringfenced in recognition that councils are best placed to decide on local needs.”