Tonga’s flag bearer Pita Taufatofua cemented his status as a firm fan favorite at the Tokyo Olympics opening ceremony on Friday when he once again walked into the stadium shirtless and covered in oil.

Taufatofua, who is competing in the Taekwondo event, did the same at the Rio summer games in 2016 and at the winter games in Pyeongchang, South Korea, two years later.

This time around, though, there was one difference.

Taufatofua wore a mask, as did all athletes involved in the ceremony: 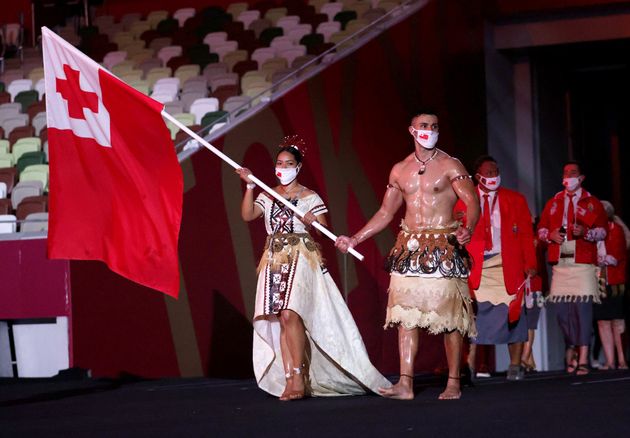 Flag bearers Malia Paseka and Pita Taufatofua of Team Tonga lead their team out during the Opening Ceremony of the Tokyo 2020 Olympic Games. 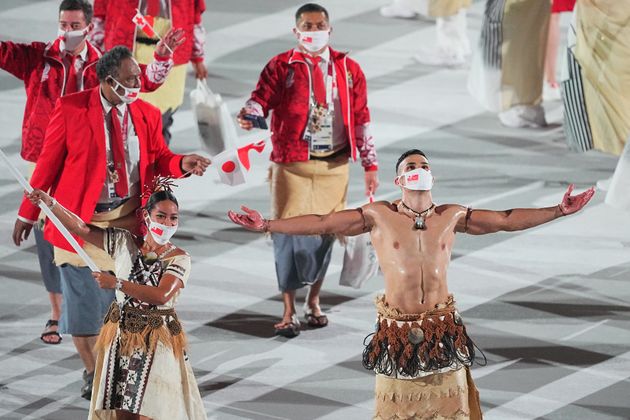 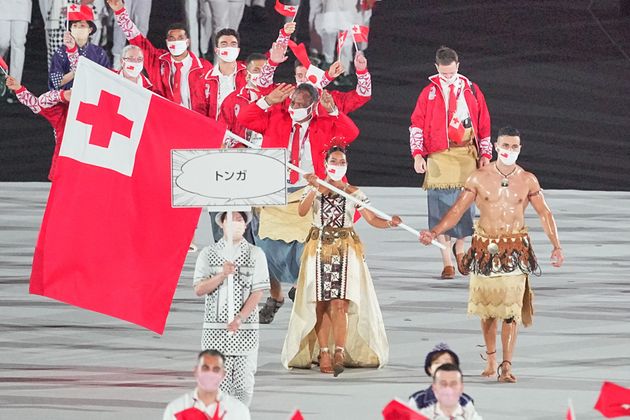 Pita Taufatofua has a compelling story:

And now he’s ready to compete in taekwondo for Tonga in Tokyo #OpeningCeremonypic.twitter.com/K5GM6JKpSM