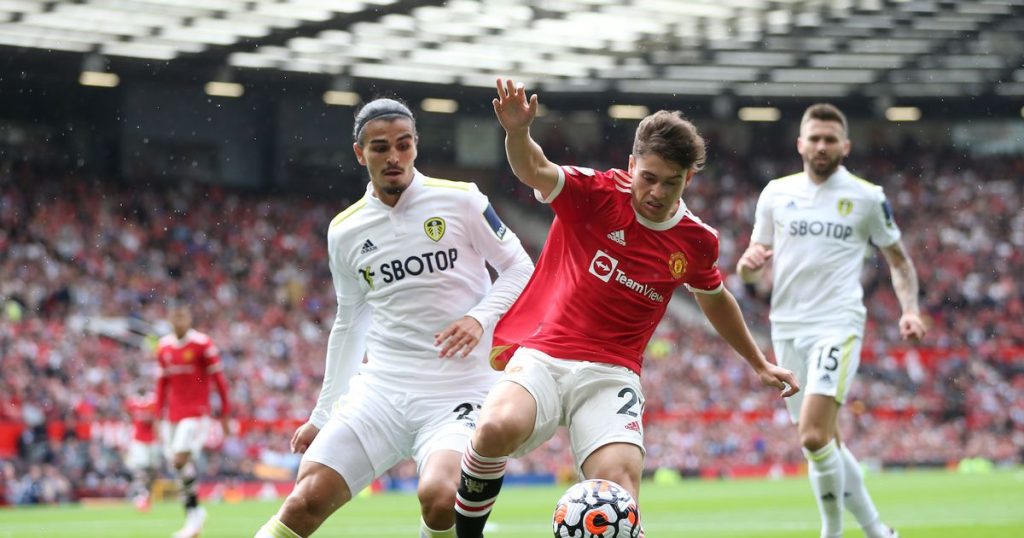 Leeds United are once again reportedly in advanced negotiations for the signing of Manchester United winger Daniel James, with a £25 million fee supposedly agreed between the two clubs.

The Whites will have to get any potential deal for the Wales international finalised quickly with Tuesday’s 11pm deadline looming large.

It is the second time in the last few years that James has been close to a move to Elland Road after a prior agreement fell through at the eleventh hour in January 2019.

James had taken pictures holding the shirt three and a half years ago before the proposed transfer from Swansea City collapsed on deadline day.

On that occasion, James was set to adorn the No. 21 shirt – his current number at Manchester United – but with Pascal Struijk wearing it nowadays, the 23-year-old will need to choose one that is currently available.

It is also the shirt he wore during a brief loan spell with Shrewsbury Town, therefore holds some significance and is not mere coincidence. We have taken a look at the options the Welshman will have if he finally makes the switch to West Yorkshire.

There has been a lot of talk about No. 7 shirts recently with Cristiano Ronaldo re-joining the Red Devils.

With Ian Poveda, the previous incumbent, making a season-long loan move to Blackburn Rovers, the No. 7 is now available.

It is a number synonymous with some of football’s greatest wingers, as well as some of Leeds United’s legendary players.

Peter Lorimer, Eddie Gray, Eric Cantona and Gordon Strachan all wore the shirt during different periods in the club’s history.

Before Poveda, the last player to wear the number for Leeds was Kemar Roofe who enjoyed plenty of success during his time at Elland Road.

With 21 being the number he chose back in 2019 as well as the number he currently has at Man United, James may see 12 as the closest available option.

It has been unused since Laurens De Bock last wore it during the 2018/19 campaign. Five of the last eight wearers of the number 12 shirt have been back-up goalkeepers and with Kristoffer Klaesson opting to wear 13, it remains unselected.

It hasn’t been a number particularly linked with anyone who has played with any consistency but Allan Clarke, part of the club’s FA Cup-winning side, did wear it while he was at the club.

With Rodrigo choosing to switch to the number 19 shirt this season, it has freed up ‘20’ which is the number James has worn whilst playing for Wales on a number of occasions.

It was the number he was given during their recent Euro 2020 campaign and could be well the one he chooses if he does sign for the Whites.

He also wore it whilst at Swansea City where he made his name in the professional game so it would make sense if he once again opts for one of his favoured numbers.

Before Rodrigo, the last player to don the pair of digits was current Wigan defender Tom Pearce. The only real Leeds icon to wear ‘20’ was Ian Harte during his early days before moving onto wearing the number three in one of the club’s most successful periods.