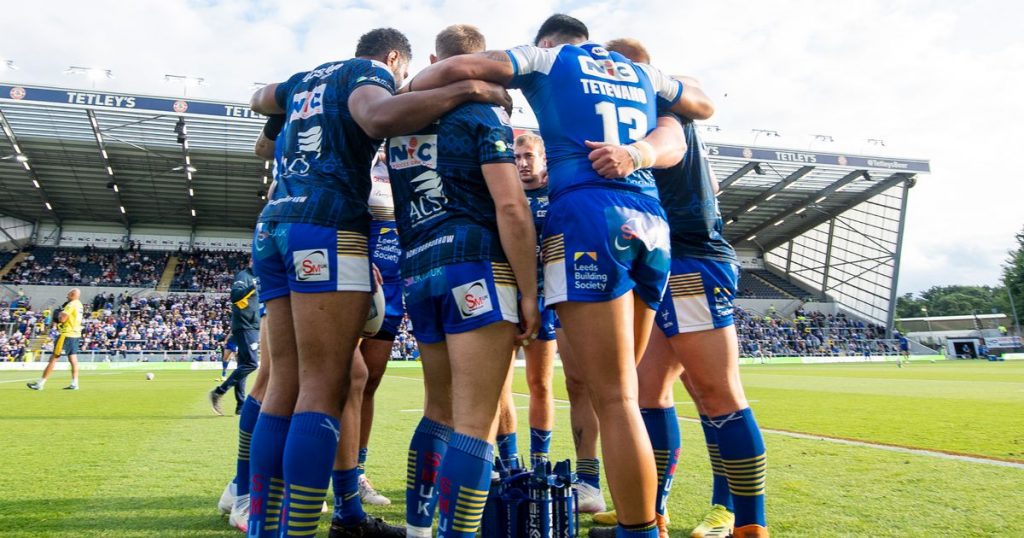 Leeds Rhinos have endured a rollercoaster campaign which has seen plenty of highs and lows and at times a crippling injury list.

But with three rounds of the regular season remaining, Richard Agar’s men remain on track to make the play-offs for the second year running.

Here, Leeds Lives examines the key issues facing the Rhinos as they prepare for a crucial showdown with rivals Hull FC at Magic Weekend on Saturday.

Will the real Leeds Rhinos please stand up?

Agar’s troops have flitted from the ridiculous to the sublime at times during a schizophrenic campaign – not helped of course by their injury crisis.

There have been some genuine highs, such as the 66-10 win at Castleford Tigers, the 22-16 victory at Warrington and recent away wins over Hull FC and Wigan Warriors.

The low points included a dismal defeat at Hull Kingston Rovers and Huddersfield Giants and back-to-back losses against Catalans Dragons.

Due to players being sidelined through injury or Covid, Agar has never had a full-strength squad to pick from.

But after Monday’s disappointing loss at Wakefield Trinity, Leeds need to show their true selves when they face Hull FC.

At Newcastle’s magnificent St James’ Park, and in front of the live Sky television cameras, there will be no hiding place for the Rhinos.

It could be their time to shine and to prove to people how good they can actually be.

Making the play-offs would not to be sniffed at

At times in recent years it has been easy to forget that Leeds Rhinos are still Super League’s most successful club.

Since winning their eighth Grand Final in 2017, they have sacked two head coaches in Brian McDermott and David Furner and also flirted with relegation.

Club legend Kevin Sinfield has also come and gone in the past three years in a director of rugby role, adding to the upheaval at a club once famed for its stability and serial success.

Yet Agar is patiently writing a new chapter at Headingley and he led the Rhinos to Challenge Cup glory last autumn.

The Wembley win over Salford Red Devils marked the first major trophy of his long coaching career and was followed by Leeds making the play-offs.

They were dumped out at the first hurdle by Catalans but, with the likes of Aidan Sezer and Blake Austin coming on board next year, Agar’s team should get stronger in 2022.

Leeds need to make sure they make the play-offs this season and maybe go one step further than they did last term.

The Papua New Guinea captain has agreed to stay for another season, keeping him at the club for the 2022 campaign and giving Leeds a significant fillip.

A popular and consistent performer, Martin has become a mainstay of the Leeds side in the past couple of seasons.

The 28-year-old joined Leeds midway through the 2019 season from NRL side Canterbury Bulldogs and has made 45 appearances for the Rhinos, scoring 372 points.

One of the most accurate kickers in Super League, this season Martin has an 83.72% success rate with the boot including 34 successive goals earlier this campaign.

He said: “I am pleased to have got my future agreed. It took a bit longer than we all wanted but I am very happy to have got it sorted now and I’m looking forward to finishing this year without that on my mind and finishing the season strongly.

“There is a good spirit in the camp at the moment ahead of a big game against Hull FC this Saturday at the Magic Weekend.

“It feels like the play offs are starting early. They are in the same boat as us whereby every win is crucial.

“We have to focus on our performance and hopefully it will be one of the games of the season for us and we can get the win.”

Along with the likes of Richie Myler and Matt Prior, Leeming has enjoyed an outstanding season.

The move from Huddersfield Giants at the start of last term has given his career a massive boost and he has gone up another level again this year.

That fine form was recognised with inclusion in the England squad and he will hope to earn a first senior cap in any end-of-season internationals which may take place.

Even though Leeds lost to Wakefield on Monday, Leeming was on the scoresheet again and among their better players.

He will relish the chance to take centre stage in Newcastle on Saturday night.