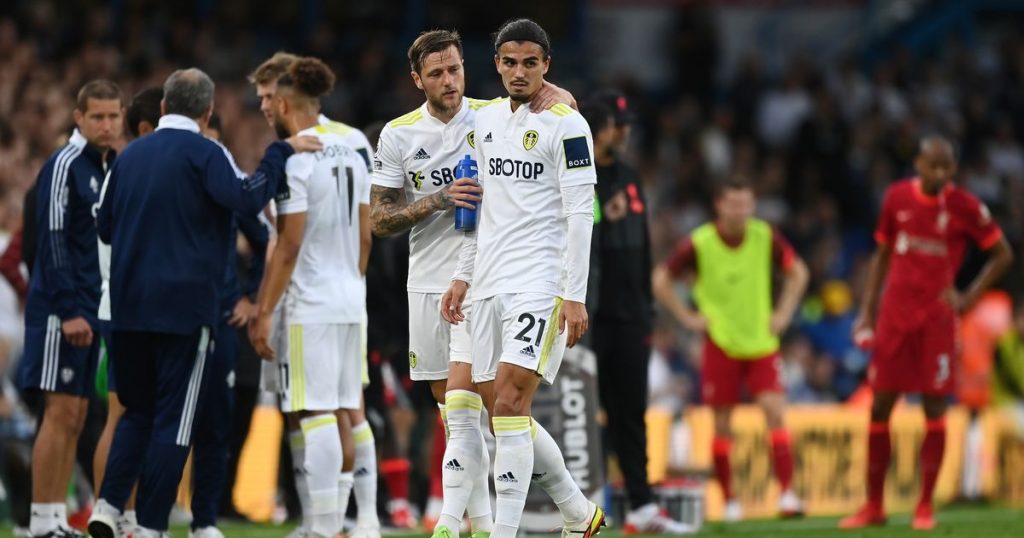 The Whites came into the weekend without Robin Koch, who has missed the last two matches through injury.

To make matters worse, Diego Llorente was substituted against Liverpool with what appeared to be a hamstring injury, continuing his miserable run of luck since arriving at Elland Road.

Pascal Struijk, Llorente’s replacement, was then sent off for his challenge which left Harvey Elliott with a serious injury in a freak, accidental incident.

That means Liam Cooper is Leeds’ only fit, recognised centre-back, with Luke Ayling most likely to deputise at the heart of the defence alongside him.

Leeds have endured terrible luck on the injury front, particularly with those who signed for the club last summer.

Koch, Llorente and Rodrigo Moreno have all endured lengthy spells in the treatment room since joining, with only Raphinha able to remain healthy.

Heung-Min Son was sent off in a very similar incident against Everton, which left Andre Gomes with a serious ankle injury but the suspension was then rescinded upon review.

Should Leeds be without Struijk, he will miss Friday’s match against Newcastle United, followed by a trip to Fulham in the Carabao Cup on September 21.

The final game of his ban would be a home match against West Ham United at Elland Road, leaving him available to face Watford at home on October 2 just before the next international break.