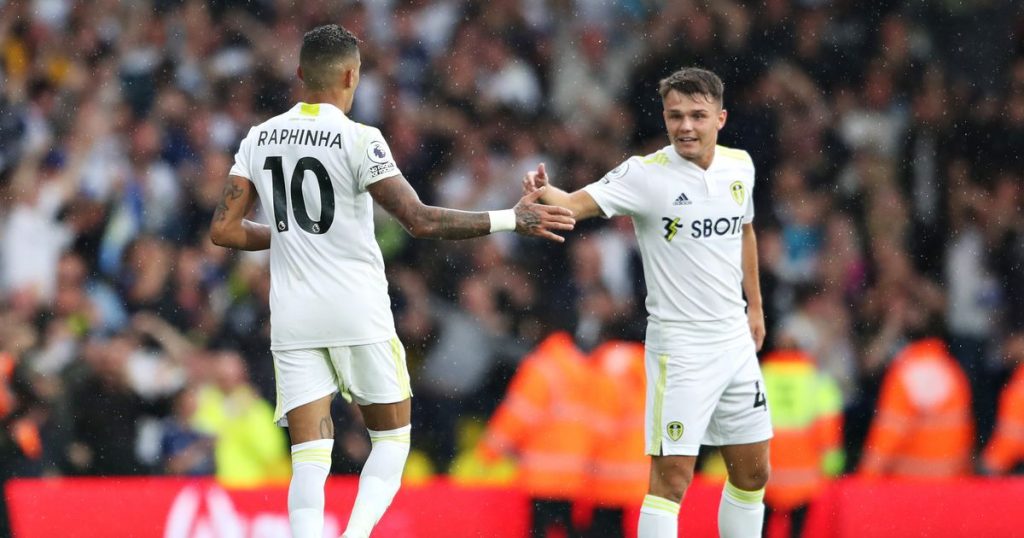 The Brazilian’s wondergoal added to Mateusz Klich’s first half strike for United to cancel out Everton goals from Dominic Calvert-Lewin and Demarai Gray.

After a thrashing at the hands of Manchester United on the opening weekend of the 2021/22 campaign, Marcelo Bielsa’s side put up a terrific response to pick up their first point of the season again.

Playing in front of a full Elland Road in the Premier League for the first time since 2004, it was Raphinha who emerged as the star of the show and Murphy is keen to see the former Rennes star double his six-goal haul from last season.

READ MORE: ‘He is different level’ – Pundit blown away by what Leeds United’s Raphinha did against Everton

“It was great to see Elland Road bouncing again with fans inside,” Murphy said on BBC’s Match of the Day.

“I felt after they capitulated at Manchester United last week, when Everton went 2-1 up they showed great character to get back into the game. They dominated possession, and the energy we’ve always seen them play with.

“But Raphinha was the man for me.

“The whole 90 minutes he was demanding the ball, and was brave on the ball.

“I’m surprised he only got six goals last season with his ability. He should be doubling that this season. He has a wonderful left foot, is really direct and I like it when he comes short.

“These are the types of risks as well. Too many times you see players playing safe but not him. He is direct and wants to make things happen.

“Like I said at 2-1, the pressure was on, they lost a bit of confidence, but he was the one dribbling, taking players on, and at the end of it he gets the wonderful goal.

“It’s a tremendous strike technically. It’s that side foot and Pickford had no chance and the game deserved a goal like that.”