Oval Invincibles captain Sam Billings led his side to a tight hard-fought victory over Welsh Fire to leave the men’s Hundred evenly poised at the halfway point in the group stage.

Billings made an unbeaten 40 off 34 balls, and shared an unbroken 52 with Laurie Evans, who hit successive sixes to win the game.

The result lifts Oval Invincibles to third in the eight-team table, on five points, while Welsh Fire are fifth on four points.

The top seven teams in the competition are now separated by three points, with just two points separating the top six. 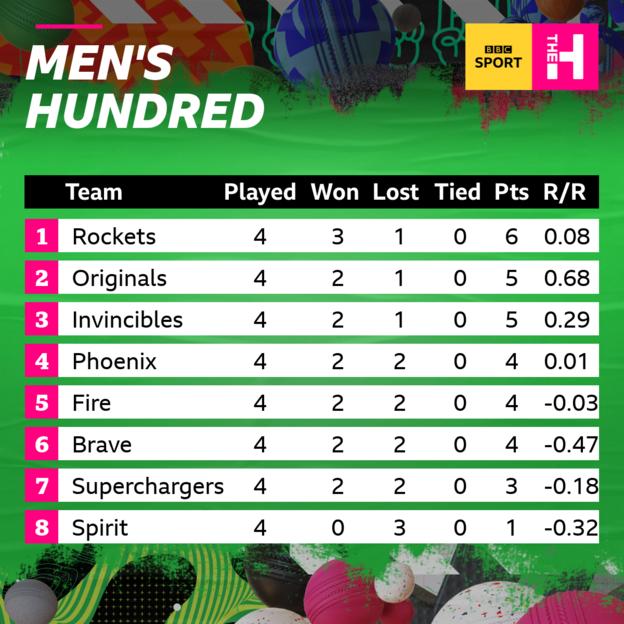 Having seen their women’s team fail to chase a low total earlier in the day, Oval Invincibles appeared determined to avoid a similar fate.

One of the main reasons they did? A super fast start in front of more than 21,000 spectators at a lively Oval.

Jason Roy started with two fours in the first set, before he skied Matt Milnes’ first ball in The Hundred to mid-off.

That start was picked up by Will Jacks and Sunil Narine – who made a nine-ball 20 and 19 off 11 respectively – as they clipped, pulled and cut to and over the boundary.

That helped the Invincibles race to 47-1 off the powerplay, and even though they departed and Colin Ingram ate up 16 balls for his nine, Invincibles were always in control largely due to the calmness and quality of Billings.

He was patient, only hitting two fours and one six, but he showed his international England pedigree and allowed Evans to smash them home with seven balls to spare.