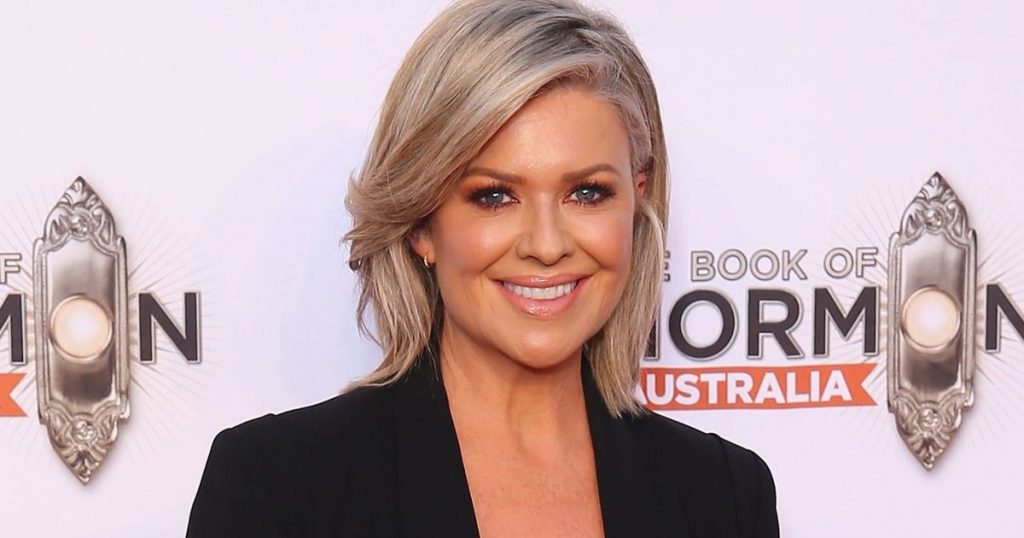 Former Emmerdale star Emily Symons has had a colourful and varied TV career across both Australian and British television, and her love life has been equally as dramatic.

She is also known for playing conniving Anne Costello in the short-lived soap opera Richmond Hill from 1988 until the series ended in 1989, from there she landed her most recognisable role.

The Aussie actress is possibly best known her role as Marilyn Chambers-Fisher in Home and Away, which she played for 10 years.

After a decade in the role, the star moved to the UK and was immediately cast as Louise Appleton in British soap Emmerdale.

She also took part in British show Dancing on Ice in 2007, before returned to Australia in 2010 to reprise her Marilyn role in Home and Away.

She’s no stranger to a dose of drama and her colourful personal life behind the cameras is just as intriguing.

From her stationery mogul husband, to premier league fiance to her whirlwind romance with her Emmerdale co-star, Emily’ love life has been far from smooth sailing.

Emily had a two-year-marriage with Nick Lipscombe, a drummer who she met in London around the time she had her very first stint on Home and Away.

The pair married in 1992, but ended things in 1995 when she returned to Australia, and the Palm Beach-based soap itself.

Symons later married Lorenzo Smith, a son of Viscount Hambleden and descendant of English stationery tycoon W.H. Smith, for two years, the pair married in 2003, but later divorced in 2005.

In an interview she said that her need for children and the resultant cycles of IVF eventually ‘killed’ the marriage.

She later got engaged to footballer Matt Le Tissier, the pair dated in 1999 after meeting in Southampton when Emily was starring as Goldilocks in panto.

The couple got engaged after just six months, but it wasn’t to be.

Le Tiss reportedly dumped Symons in 2000 – a year before their planned wedding.

During her time on Emmerdale, Emily also dated her co-star Matt Healy, who played Matthew King buthey broke up just before she took part in “Dancing on Ice”.

The pair became an item off-screen after enjoying a fling in their soap roles of village romeo Matthew King and barmaid Louise Appleton.

Their romance was played out in public when they duetted in a celebrity special of Stars In Their Eyes.

Sadly, after 15 months together the actress revealed they had called time on their relationship.

In 2010, Emily reprised her role as Marilyn once again on the Aussie homegrown show, she struck up a relationship with Paul Jackson shortly after her return and they commenced the journey of IVF together.

The Aussie golden girl is now a mother of one to her six year old miracle son Henry, whom she shares with with former partner Paul.

Sadly, Emily and Paul, who was a Nova Entertainment group programming director, split less than a year after the birth of her son.

Paul reportedly moved out of the pair’s Sydney property along with his three older children, Tommy, Georgia and Grace, all three of the older children are from a previous relationship.

At present there is nothing to confirm that Emily has moved on to another relationship.

She regularly updates her Instagram with pictures of her son and appears to be enjoying life as a single parent.