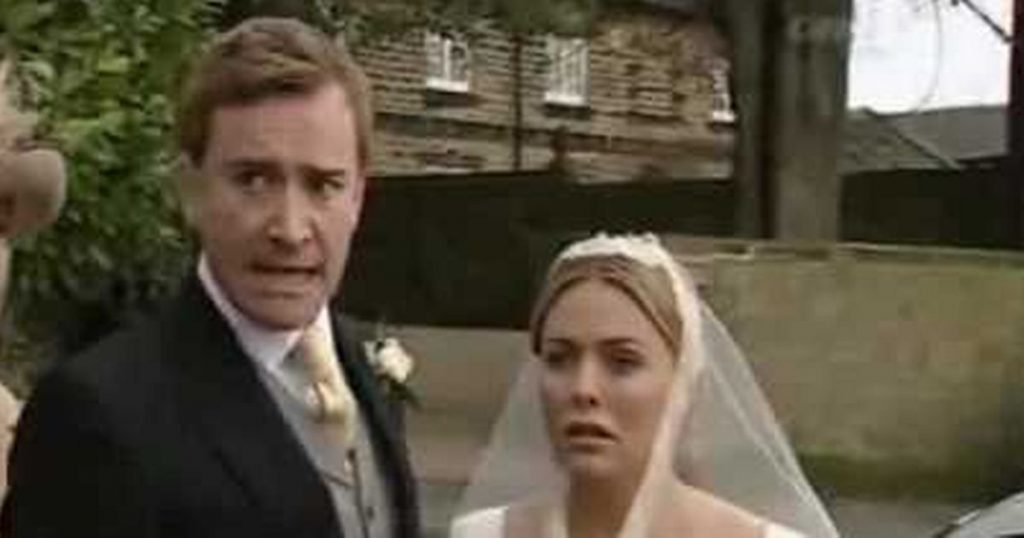 Soap stars often find themselves in similar showbiz circles so it should be little surprise that some of them end up falling in love.

And while are some are more high profile than others, there are others that slip under the radar.

One of these is the long-term relationship of Ray Coulthard and his girlfriend Jenna Russell, who have a daughter together.

If you cast your mind back to the noughties, Emmerdale fans will recognise Ray as the man who played Alasdair Sinclair in the hit ITV soap.

He made his first appearance in 2006 as the fiancé of Patsy Kensit’s character Sadie King. However, their union was not to be after her ex-brother-in-law Matthew King crashed the wedding.

Although the pair tied the knot, Sadie soon ended up in the arms of Matthew and Alasdair left the soap in 2008.

And on another BBC show is where his partner Jenna has appeared in a variety of roles.

The established actress, who has won an Olivier Award, sang the theme tune for Red Dwarf and appeared in an episode of Doctor Who in 2005.

However, her most notable role on TV is that of Michelle Fowler.

Jenna took over from previous actress Susan Tully in the role of Michelle who became an iconic character during her 10-year stint from 1985 to 1995 in Albert Square.

Jenna’s reign was much shorter. She played the character between 2016 and 2018 before opting to leave the soap.

Don’t miss the latest Emmerdale news – keep up to date by signing up to our dedicated newsletter here.