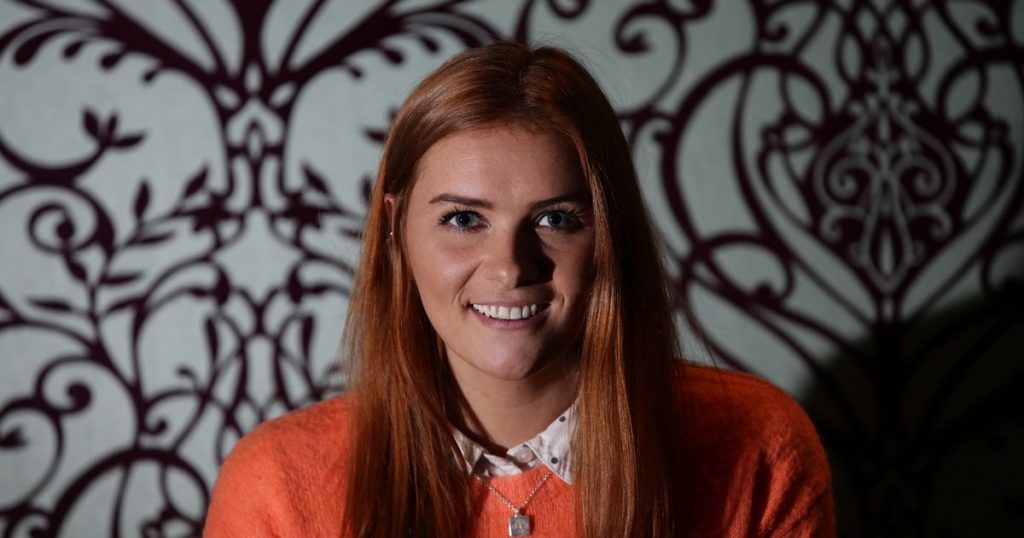 As a nation we become fascinated with the lives of our favourite soap stars from the moment they appear on our screens.

And the memorable characters also tend to plunge into each other’s love lives as well, there have been many famous pairings over the years.

Many of which have gone on to become lifelong partners, even getting married and starting a family, My London reports.

Which in turn means that everyone in soapland’s small dating pool turns out to be a relative of someone from another soap.

And that is most certainly the case with Emmerdale actress, Chelsea Halfpenny, who has multiple famous connections.

The actress, who played Amy Wyatt in the Yorkshire soap may be best known for causing drama in the Dales, but she’s linked to a number of TV shows including Eastenders and Only Fools and Horses.

Chelsea is the sister of Eastenders actress Jill Halfpenny and is also engaged to James Baxter, who appeared alongside Only Fools and Horses legend David Jason in Still Open All Hours.

Jill has made quite a name for herself much like her sibling as she starred in Byker Grove as Nicola Dobson back when Ant and Dec knew nothing of their futures.

The Newcastle born actress then went on to play Rebecca Hopkins on Coronation Street until 2000.

Once Jill finished her stint, she then added herself to the list of the hard nosed Phil Mitchell’s wives and played Kate for three years.

As for Chelsea on the rival soap Emmerdale she took on the role of Amy Wyatt, which is she arguably most famous for.

In 2015 she joined the cast of Casualty in the role of Alicia Munroe, a Year 1 foundation officer doctor.

She initially signed up for eight episodes and left in November 2015 but she returned in July 2016 and remained as a regular on the show until January 2019.

The starlet recently posted an Instagram snap of her and fiancé James Baxter announcing their engagement with a glass of bubbly in tow.

The pair both appeared on Emmerdale during their careers so it’s unsurprising that in the world of soaps they ended up together.

James played the role of Jake Donald in Emmerdale between 2007 and 2009.

The Sunderland born actor starred alongside Peckham’s own Del Boy Trotter in Still Open All Hours on the BBC as Leroy from 2013 to 2019 in a series of Christmas episodes.

You have to keep an eye on these soaps, you never know who will end up with who.