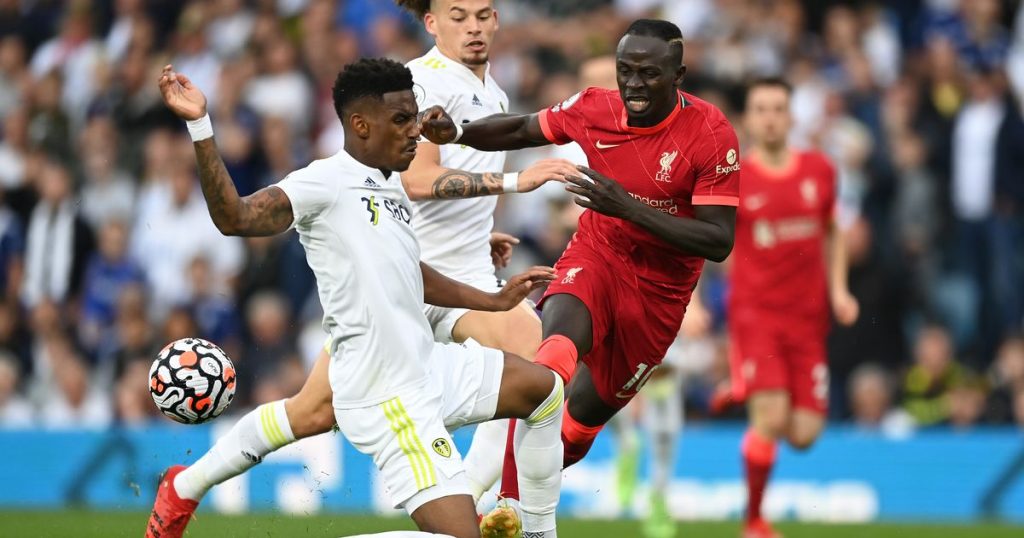 Junior Firpo struggled mightily for Leeds United in their 3-0 defeat at home to Liverpool and now pundits Tim Sherwood and Gary Neville have offered their verdicts.

Firpo, who was a summer signing from Spanish giants Barcelona, was tasked with marking the Reds’ dangerman Mohamed Salah. But despite completing his first full outing for Leeds, Sherwood didn’t hold back in his assessment of the 25-year-old.

“Firpo wishes he could turn back the clock,” said the former Aston Villa manager when speaking to Premier League productions. “He has had a terrible time and wishes he never got out of bed. Firpo had a bad game, he is going to have better games than that, surely?

“You see Firpo there. I know I am digging him out. He’s meant to be marking Fabinho (second goal). He doesn’t know where he is going.”

Salah had plenty of joy all afternoon long while he was lined up against the former Barcelona man and he managed to notch his 100th Premier League goal early in the first half.

As Sherwood alluded to, Firpo didn’t cover himself in glory for Liverpool‘s second goal as he was brushed aside by the dominant Fabinho, who reacted first to stab the ball past Illan Meslier.

Given how attacking Liverpool’s full-backs are, opposition full-backs often find themselves isolated in a 2-vs-1 situation, something Firpo experienced all afternoon against Salah and Trent Alexander-Arnold.

Neville was also critical of Firpo, telling Sky Sports: “He has just learned in the first eight minutes how strong Mo Salah is. He is trying to get tight to him. He has been rolled twice.”

In truth, Neville’s comments are fairly accurate. Firpo struggled for large parts of the game as Liverpool continued to overload the right-hand side with the likes of Alexander-Arnold and Harvey Elliott offering support for Salah.

Despite his age, Firpo hasn’t played as many senior games, meaning lessons like the one he endured against Salah and co will stand him in good stead for his time at Elland Road.