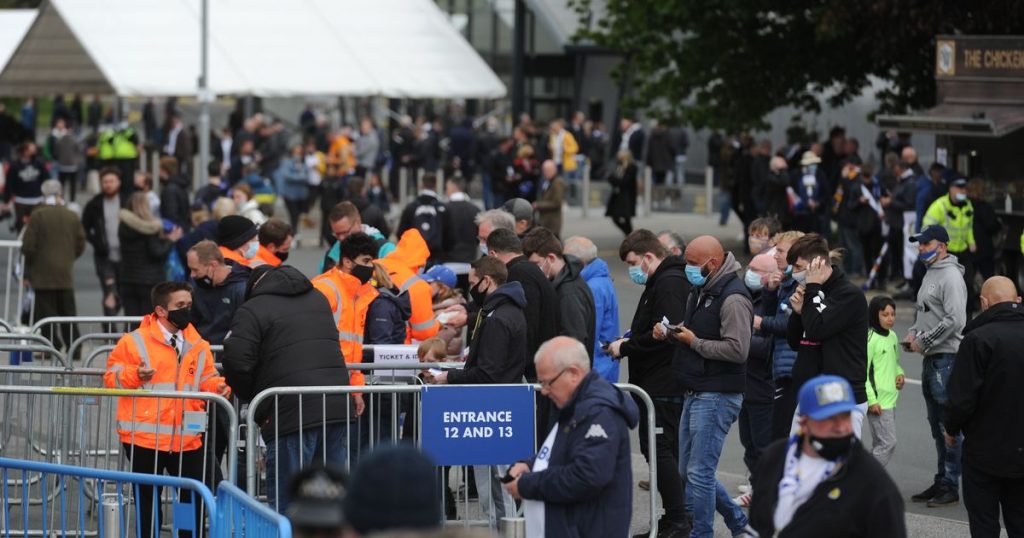 Stuart Dallas said he expects Elland Road’s first Premier League full house today to be “special” after the city was starved of top-flight football for so long.

Leeds United return home this afternoon when welcoming Everton for the first Premier League game at the famous stadium in 16 years to be played in front of a full house.

After a limited number of supporters were allowed in for the final match of the campaign against West Brom last season, Elland Road will be rocking today as fans return in numbers, with many ready to see their team in action for the first time in 18 months.

“Getting in the Premier League was a dream but then we were robbed of how it should be,” 30-year-old Dallas said in an interview with Sportsmail. “So this game against Everton is one we have been looking forward to for a long time.

“You live in a place like Leeds and understand what football actually means to people. It goes even deeper than you think.

“Going to the shops or talking to people delivering stuff to your house, they have been Leeds fans all their life.

“Hearing what they have been through following the club over the years, you realise what it means.

“Players are fortunate that we can bring joy to people who watch us but these people live and breathe football.

“That’s why we play, to entertain. We have waited so long to get back properly to the stadium. This is going to be special.”

Today’s match against Everton will be the first time since 2004 that Elland Road is full for a Premier League match. The Northern Irish international, who arrived from Brentford in 2015, had assumed he would experience it much sooner.

“I signed because it was a great club but also because Uwe Rosler was manager. I had been with him at Brentford. He lasted about seven games.

“It was just a whirlwind from that point on. There was always so much going on. You didn’t know if after one bad result the manager was going to be sacked and a new one walking in.

“I didn’t play to my potential under any manager until Marcelo came in. I really mean that. He has transformed my game.”