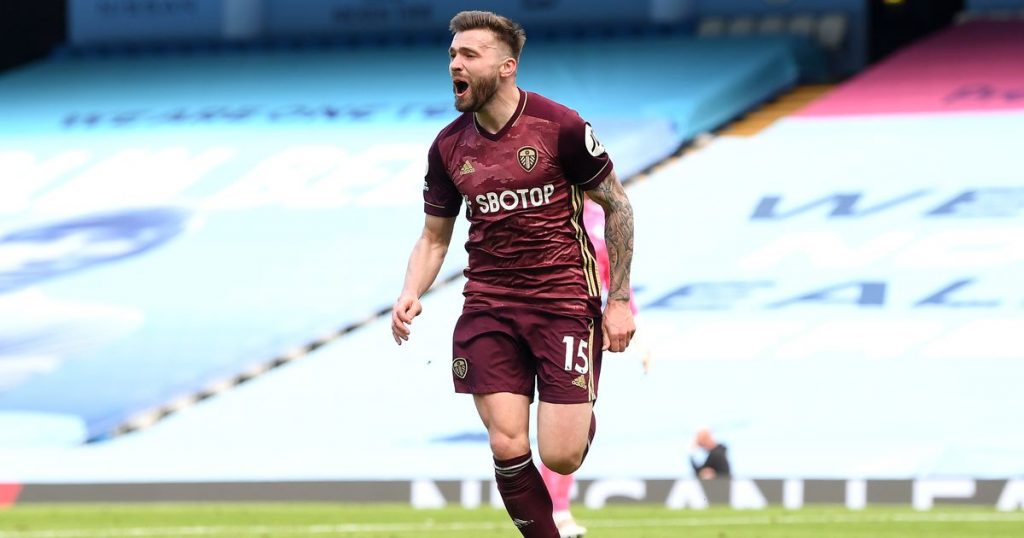 Rosler’s stint in charge of the club was brief and largely forgettable but in recruiting Dallas, he gave Leeds a player who would eventually prove key to ending their 16-year absence from the Premier League.

The Northern Ireland international was useful as an industrious winger in the early stages of his time at the club, but has since evolved into a utility player capable of thriving in various positions with the system deployed by Marcelo Bielsa.

Under the Argentine, Dallas has proven his worth as a swashbuckling full-back, roaming midfielder and direct winger, making a seamless transition to the Premier League after being a crucial figure in the Championship.

On the sixth anniversary of his move to the club, Leeds Live have picked six of his most memorable moments in a Leeds shirt.

Dallas notched his first Leeds goal in a thrilling 3-2 win over Wolves in December 2015.

He made an incisive dart into the box from the right flank before rifling past Carl Ikeme between the sticks, opening his account in style.

Dallas was not a regular source of goals in his early days in West Yorkshire but when he did score, they did not tend to be tap-ins.

Arguably his most sublime strike came in a 2-1 victory over Birmingham City in April 2016, when he supplied both goals.

He teed himself up on the edge of the box before letting fly on the volley, rendering the Blues goalkeeper helpless as the ball sailed beyond him.

The play-off semi-final defeat to Derby County was a dark day in the history of the club but did offer a reminder of the value of Dallas to Bielsa’s side.

Rarely do players provide talismanic displays from left-back but he did just that, opening the scoring and then dragging Leeds back into the game when it appeared to be slipping away.

The Whites were eventually overcome by the Rams but few doubted Dallas after his fantastic display on that evening.

What is your favourite Stuart Dallas memory? Let us know in the comments below

Stunning sprint and finish in Stoke

When Dallas opened the scoring in a comfortable win over Stoke City in August 2019, it was Pablo Hernandez who received most of the plaudits following his sensational assist.

However, to latch on the defence-splitting pass, Dallas had surged forward from right-back with a lung-busting sprint into the box before keeping his composure and converting.

In many ways, the goal epitomised Dallas as a player as it required hard work and intelligence yet went under the radar.

After five years in the Championship with the club, Dallas was visibly overcome with joy when he celebrated promotion last year.

He had been with the club during tumultuous times, being a loyal servant throughout and eventually got his reward when he lifted the second tier trophy on the pitch at Elland Road after the win over Charlton Athletic.

There were doubts over the ability of some Leeds players to adapt to life in the Premier League but it did not take long for Dallas to erase the ones surrounding him.

In fact, by the time Leeds visited the Etihad Stadium in April, he had already surpassed expectations with his consistently high level of performance in the Premier League.

His display against Pep Guardiola’s Manchester City, however, further transcended what people believed he was capable of producing.

After opening the scoring in the first-half, Leeds were placed under intense pressure by the hosts but held out and eventually made the Citizens pay.

Dallas latched on to a defence-splitting pass from Ezgjan Alioski before showing the composure of a seasoned forward to provide a neat finish and secure a shock win.

It capped a magnificent performance from both Leeds and Dallas himself, who was relentless in his pressing and hassling in the centre of midfield.