The pair faced a grilling from Rylan Clark as they appeared on It Takes Two on Tuesday night to discuss their sizzling Argentine Tango on Saturday’s live show.

Many viewers remarked on the chemistry between the pair as they performed the routine, with fresh reports of romance also surfacing in the weekend papers.

“The passion during this routine set the rumour mill going,” Rylan noted as the pair joined him in the It Takes Two studio.

“Can we settle a few scores here, please? I have known AJ for many years, I know she can’t lie to me,” he continued, referring to how they hosted Big Brother’s Bit On The Side together in 2013.

AJ and Kai both let out a laugh before the professional dancer took the lead on answering the question. 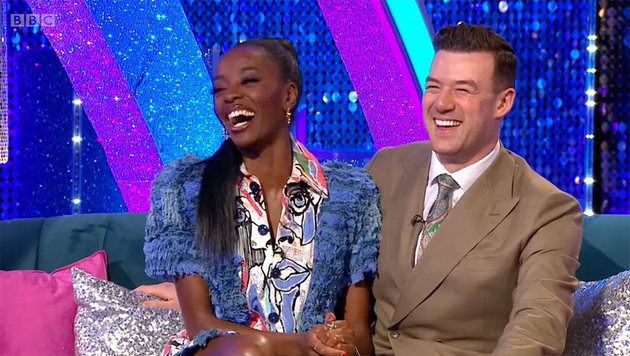 AJ and Kai on Strictly: It Takes Two

“If people react like this it means we’re doing something right, because that’s the way the dance should be danced,” Kai said.

“It’s was a very passionate song, a real fiery piece and very intimate, and that is the characterisation of Argentine tango. So if people want to think that, then great… but we were just doing our job and she did a great job.”

While AJ didn’t address the question, she has previously downplayed the suggestion of a romance between her and Kai after their Bodyguard-themed American Smooth routine also set tongues wagging.

“Guys, I was in character at that moment on the dance floor this week,” she said. 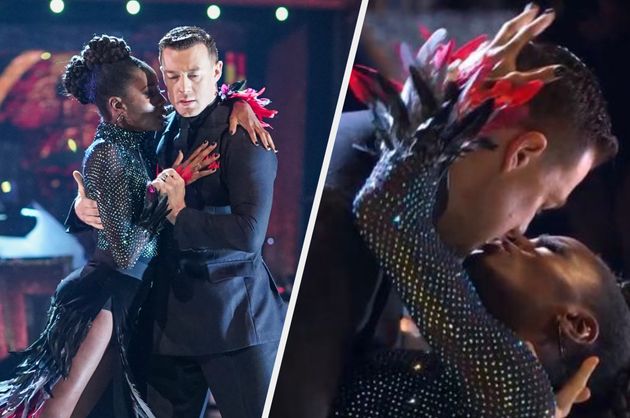 AJ and Kai performed a sizzling Argentine Tango on Strictly

Saturday night saw AJ and Kai pick up 35 points out of a possible 40 from the judges for their Argentine Tango, which was set to Stevie Nicks’ Edge of Seventeen.

Judge Shirley Ballas said it was “World Championship level”, while Motsi Mabuse described it as “phenomenal”.

Strictly Come Dancing continues on Saturday at 7.10pm on BBC One, with It Takes Two airing weeknights at 6.30pm on BBC Two.