Judi Love has become the fifth celebrity to be voted off this year’s series of Strictly Come Dancing.

Judi and Graziano Di Prima’s Cha Cha to Olivia Newton John’s Physical failed to impress the judges, with all four unanimously voting the pair off the show.

Craig Revel Horwood said: “I think it’s a tough year for celebrities to sign up for Strictly, there is so much dance talent that you are competing with.”

Motsi said: “The decision was made for me and so I have to say that the couple that I will be saving is Adam and Katya.”

Anton said: “When these two couples danced these dances last night, I gave them the same mark. Watching them tonight, they both made mistakes, but the couple who pushed through with their routine in a stronger way is Adam and Katya.”

With three votes to Adam and Katya, it meant they had won the majority vote and Judi and Graziano would be leaving the competition regardless, however head judge Shirley Ballas said she would have also decided to save Adam and Katya. 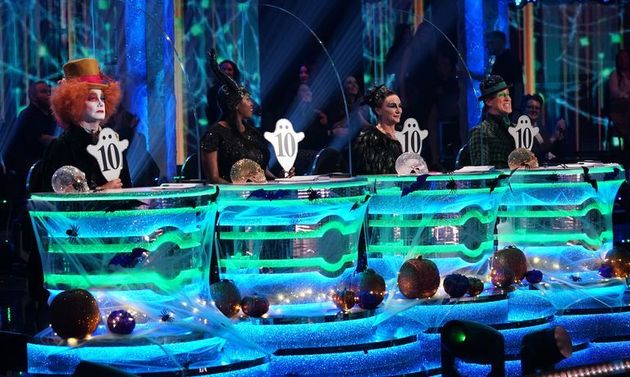 When asked by host Tess Daly about their time on the show, Judi said: “Can I just say I’m taking Graz home! I will keep dancing.

“This has been an amazing experience, a life changing experience. Graziano has supported me, stuck by me, and took me to a place I never thought I could go and so for that I love you so much. Thank you.”

Graziano was then asked if he had any words for his partner and said: “First of all, I’ve made a friend for life. She is one of the strongest women I’ve ever met.

“This woman has been in rehearsal every day, for every dance, given me 150%, and you know what I love the most, you are true, you are real, so thank you so much.”