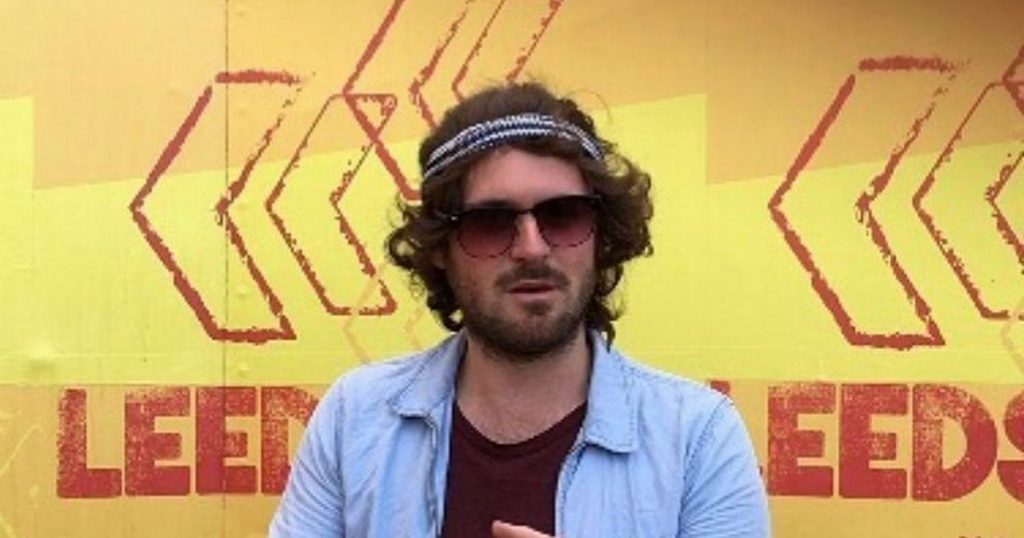 Leeds Festival returned after a year’s absence and so many loved it.

Earlier this week, I’d seen one of my colleagues down south had done a feature what it was like experiencing Reading Festival in her 30s so it felt right to give Leeds the same treatment.

This is because, of course, traditionally a fair few thousand at Leeds and Reading are fresh from celebrating their GCSE and A-level results and it’s often a rite of passage experience of a first festival. I grew up in Manchester and my first Leeds Fest wasn’t actually until 2017 not because I didn’t bag my A-levels until I was 28 (I actually got them when I was 27 although that’s a different story) but just because I was perhaps into other things at the time and a bit shy.

This year’s event was my fourth Leeds Fest coupled with a few Readings and it is fair to say it was nice to have that familiarity back.

At 32, it is fair to say I’m probably not quite the target audience for the festivities, and yes, it is a little startling to feel likely double the age of that crowd but I’d also argue that’s such a one-dimensional stereotypical view. In the thousands of people there, you’ll obviously find a quite wide-ranging demographic. It depends on what you see and where you go.

Over the weekend, it was a pretty intense balance of work and fun, something so much better than the rigmarole and tedium of hearing ‘you’re on mute, Maureen’ during the last 18 months’ endless Zoom calls and hangouts. It felt real, like I was doing my job again, and also normal with that last point probably being a feeling many of us need back in our lives.

Obviously, things were a bit different this year with the Covid testing but that all went smoothly, was well-communicated and ensured thousands could get back to doing something they love. Plus, having a vaccination tent on-site showed a moral responsibility from organisers Festival Republic.

On the main point of age, there were times where you felt like something of an ‘experienced campaigner’ from perhaps seeing the younglings going too hard on the Friday or encountering the very familiar, and often a little grim, sights and sounds of campsite living. But I wouldn’t begrudge someone those experiences, to be incredibly cliched, we were all young once.

A post from our Leeds Festival Facebook page summed it up better than I can. It was a proud mother posting a photo of her teenage children with beaming smiles on their faces captioned ‘memories that’ll last a lifetime’. And, that’s true, even as a veteran of about 40 festivals, I can still remember the ups and downs of my experiences with those first couple of festivals being particularly special.

I would say one noticeable difference I found this year, perhaps to do with getting older, the sleep deprivation has been more of a difficult challenge to overcome after getting home. Four or five days on and I still feel pretty knackered. And, I’ll admit camping will forever just be a means to an end with these things but, again, it is all part of the experience. Although, perhaps one year glamping might be nice…

But while a bit of indie music is still catered for on the bill I’ll merrily keep returning. I did draw a line at going to the late-night forest raves – I’d say that’s beyond me now. Instead, our group opted for the wholly more respectable choice of dancing the evenings away in the hospitality area bar and club to DJs playing Kool and The Gang, Chic, Fleetwood Mac and more. Plus, on the Saturday night we got the chance to dance with a man in a huge inflatable unicorn outfit. I bet those ‘pesky kids’ didn’t have that in the woods – did they? Genuinely, not that I feel for a second it is a ‘them and us thing’. I’m saying that as someone who has regularly been described as having a bit of a Peter Pan complex.

From a working point of view, it was such a lovely experience to see so many familiar faces on-site, from colleagues to PRs, and those little hallmarks you experience working in festival press tents. Who knew I could have missed the collective sound of photographers moaning and groaning about how big a festival ground is as they set off on their latest expedition (I’d stress our photographer genuinely never said anything of the kind) . Or failing to quietly celebrate your team scoring, as you watch your phone in the corner of your eye while trying to put umpteen photo galleries together…as your laptop inevitably lets you down. On that subject of football, as a Manchester City fan, it was an unexpected treat to bump into Jack Grealish as he prepared to join Stormzy on-stage. So, thanks as well for that Leeds Fest.

I think in general, as was a regular topic over the weekend, it was just lovely to see people doing something they enjoy and having that opportunity. During the sporadic spells I went on social media last weekend my Instagram timeline was just packed with people at festivals – whether that be Leeds or Reading, Scarborough Open Air Theatre, The Piece Hall, Victorious or All Points East. Not that long ago that all felt pretty unimaginable. I think great credit goes to those who have put these events on, in safe circumstances, after seeing the way they operate dramatically change.

There are much bigger things in life than festivals, we all missed loved ones dearly during the thick of pandemic and would have given everything to be with them, but now as these reunions continue to take place I’m sure all those events listed above provided a break away from what has been a challenging 18 months we’ve all faced – perhaps topped off with other difficult things individuals might have been going through in their lives.

I think my overall my feeling would be, forget age, even just for a little bit, and do whatever you enjoy doing – it has been a while.

*A little disclaimer in the interest of accuracy, the photo at the top of the article is in fact not one of me in my 30s at Leeds Fest but, disappointingly to the masses, I’m sure, nobody wanted to take a photo of me at Leeds Fest 2021