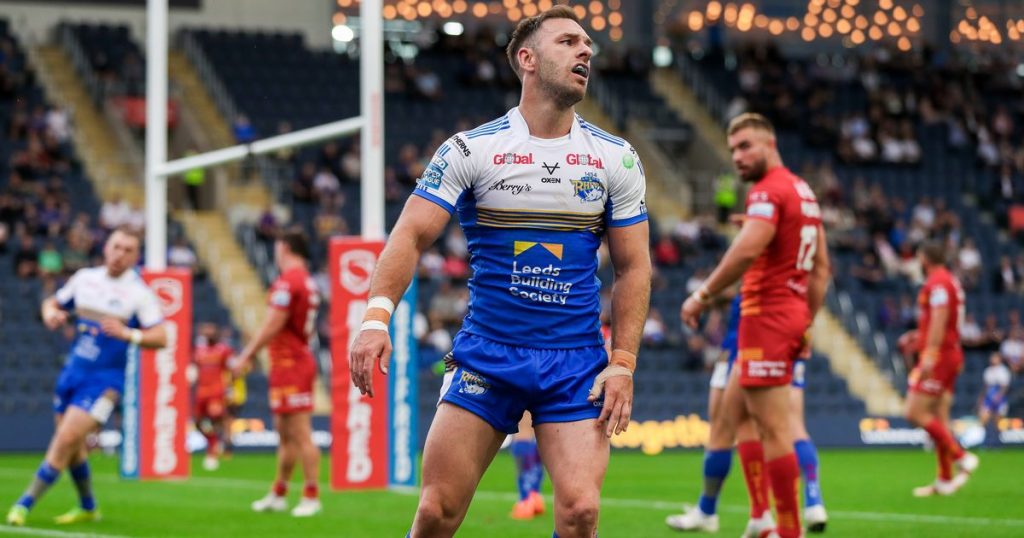 It was a busy Monday night for one Super League club as Wakefield announced the signings of Leigh hooker Liam Hood and Warrington winger Tom Lineham for 2022.

Hood, 29, who began his career with Leeds and is currently captain of the Centurions, has signed a two-year deal while Lineham, 28, who was in the Warrington team that lost 28-22 to Wakefield on Sunday, has signed until the end of 2024.

“Wakefield is a really tough place to go and the club have some great, skilful players, who play a good brand of rugby,” said Lineham, who began his career with York and also played for Hull before joining the Wolves in 2016.

“That is something that really appealed to me and hopefully I can come in, work with the group, with new players, coaches, and constantly continue to develop my game.

“It’s a new challenge and one I am really excited about.”

Hood, a Scotland international, said: “I’m buzzing, to be honest. I live in Wakefield now so it is nice to be closer to home.

“I feel that I am probably playing the best rugby of my career at the moment. I am 30 in January, so I believe that I am coming into my prime now and playing at my best.”

Meanwhile, Lyne, 28, who recently made his 200th appearance for Trinity, has extended his contract to the end of 2025, which will take his stay at Belle Vue beyond 10 years.

“To be able to continue at Wakefield is really pleasing and I’m extremely excited,” said Lyne. “I have been here nine seasons now and loved every minute of it.”