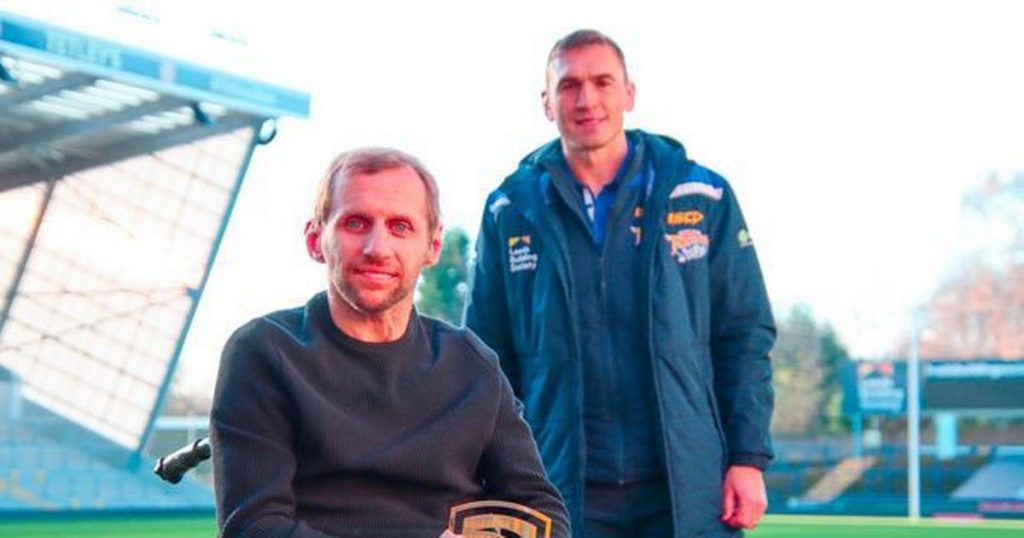 Rob Burrow’s closest friends and former Leeds Rhinos team-mates are set to play in a fundraising game for the rugby league legend on Wednesday.

The iconic ex-scrum-half was diagnosed with motor neurone disease in December 2019 but has been supported closely by many of the players with whom he won so much silverware.

A team of ‘Rob Burrow all Stars’, made up of the likes of Kevin Sinfield and Danny McGuire, will take on a RB7 Select XIII, a select squad of amateur players.

The likes of Jamie Peacock and Jamie Jones-Buchanan are also set to feature alongside many other famous names and will be coached on the day by former Leeds boss Daryl Powell.

The game will kick off at 7.15pm at Featherstone Rovers’ ground and there will be a curtain-raiser at 5.30pm entitled the Andy Gregory All Stars v Rugby League all stars.

The schedule for Wednesday’s game at Featherstone is as follows:

Tickets can be bought by clicking here.