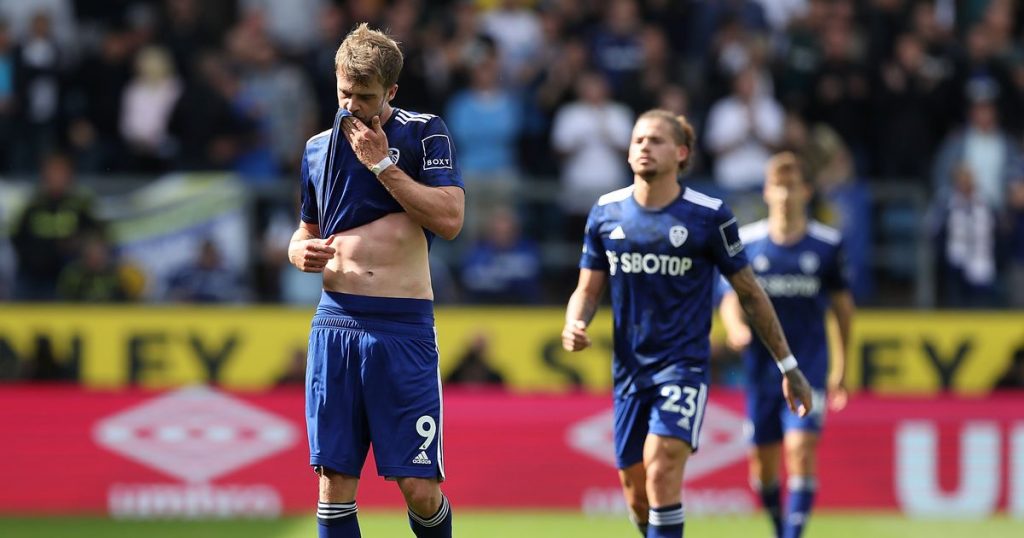 Robbie and Roy Keane have both claimed Leeds United only had themselves to blame in their draw against Burnley.

A sloppy slight lapse of concentration saw Burnley capitalise early in the second half with Chris Wood taking the lead in the game in front of supporters at Turf Moor.

Leeds remained resilient and withstood pressure from Burnley before ultimately taking advantage at the other end through Patrick Bamford.

But despite the late equaliser fans were left disappointed by the performance, with many asking questions of Michael Oliver who failed to award a red card for a reckless challenge made by Burnley’s Ashley Barnes.

However, according to Roy and Robbie Keane Leeds have to reflect on themselves following a below par performance.

“Leeds weren’t at their best today,” Robbie Keane said on Sky Spots. “The intensity wasn’t there but you still felt they were going to score. Bamford, you always felt he’d score.”

Roy Keane agreed with Robbie’s sentiment and he went a step further casting blame on Illan Meslier for Burnley’s goal.

“They’re always going to be a threat from set-pieces, ultimately I think it’s a mistake from the goalkeeper, slight touch from Wood, he’s got to do better, I might be slightly harsh, you’d think the goalkeeper’s reactions be better.”

The result against Burnley sees Leeds sitting 15th on the Premier League table after the first three weeks of the season.

Leeds United will be looking to rejuvenate with a two-weeks off due to the international break which will start from Monday and which will allow Marcelo Bielsa to scrutinise what went wrong against Burnley.

Leeds will face Liverpool next at Elland Road in what is expected to be a tough clash. However, based on last year’s performance, Leeds will know Jurgen Klopp’s men are there for the taking.