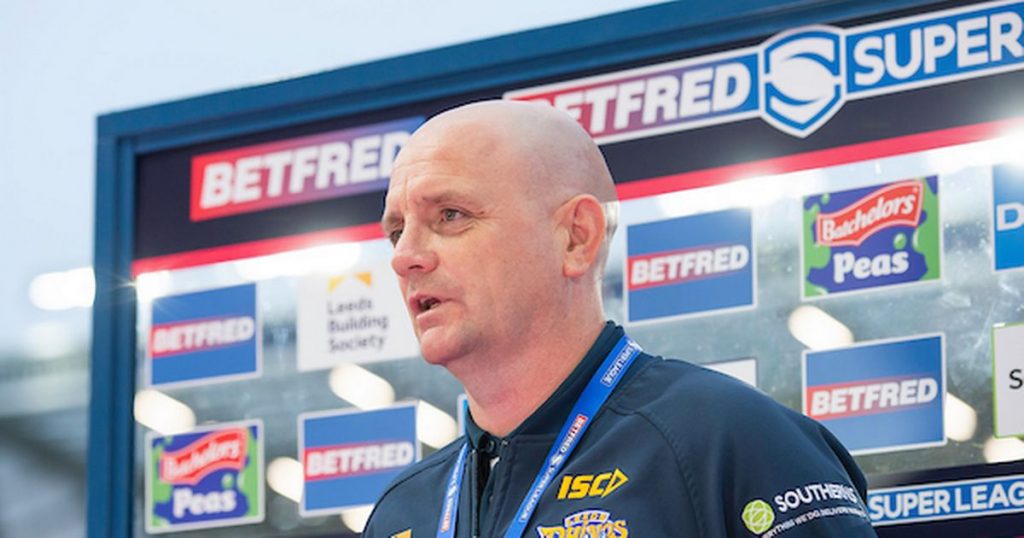 Richard Agar pulled no punches as he conceded that Leeds Rhinos’ enormous Magic Weekend encounter with Hull FC was their biggest game of the season.

With three games remaining the Rhinos are fifth, but will be leapfrogged by the Black and Whites if they are defeated at St James’ Park on Saturday evening.

In contrast, victory for Leeds would leave them almost out of distance from their opponents. The Rhinos would need to lose their final two games, and Hull win their remaining games, to go above them in the table.

Given the significance, Agar admitted it was only right to brand the game as one of the biggest this year.

“I’ve really stopped trying to figure the percentages out. We know where we’re at given there are three games left.

“We’ve got Hull and Hull KR in that jockeying around us with percentages. We know the importance of those games and the players do too.”

However, Agar insists the focus will remain on their performance, rather than the league table, in preparation for the game.

“That’s all we’ll be doing.

“Of course, we look at Hull and their strengths and where we need to be good. But our big focus this week, especially off the back of how we played against Wakefield, is getting our heads right. Everything else generally takes care of itself if you do that.”